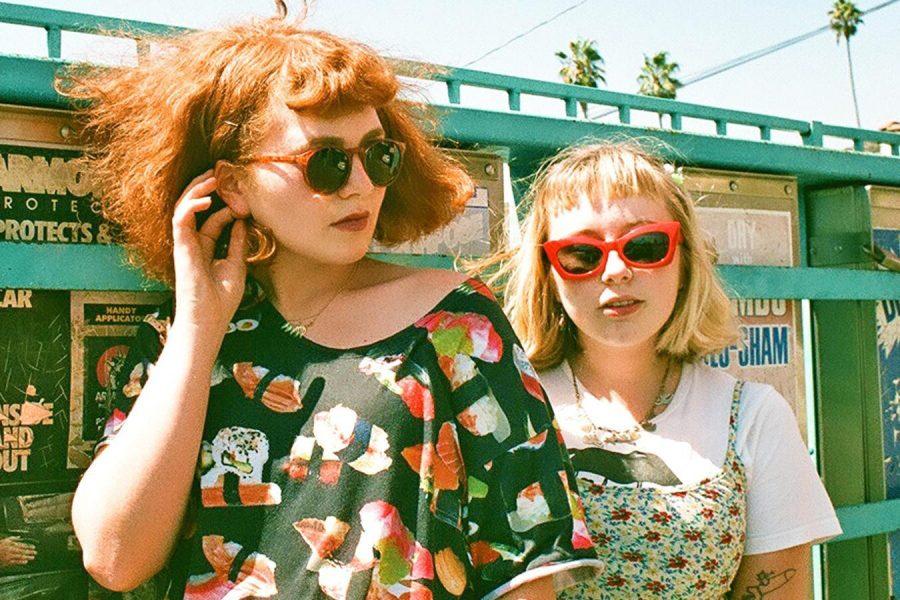 LA lo-fi pop duo Girlpool have brought it up a notch with their latest release, an album titled Powerplant. Graduating from their drum-less songwriting, they have taken their candid approach to striking harmony and discord to pure rock music. Cleo Tucker and Harmony Tividad have a knack for spinning unabashed lyrics that cover friendship, gender roles, sincerity and self-expression over tipsy-turvy guitars and dissonant chords.

Where did they start?

Best friends as well as bandmates, Cleo and Harmony seem to embody what unity means in today’s emo/indie-rock climate. Together since grade school days, they caught LA off guard with their slow and sparse dynamic only six months after becoming a band. Soon enough they signed to Wichita and opened a couple dates on Rilo Kiley’s tour. Things have changed since then. They’re signed to Epitaph Records now, still growing in popularity in the middle of their North American tour.

How are they live?

Whether it’s just Cleo and Harmony with a couple of acoustic guitars or a full electric band, Girlpool plays with heart and energy. Check out this video for an up close view of Girlpool’s most famous song, “Before The World Was Big,” or this for their NPR Tiny Desk show! Their documentary from back in 2015 is also full of live footage.

What’s next for Girlpool?

Impact will be presenting the Girlpool show at El Club in Detroit on June 4th! Get your tickets now.