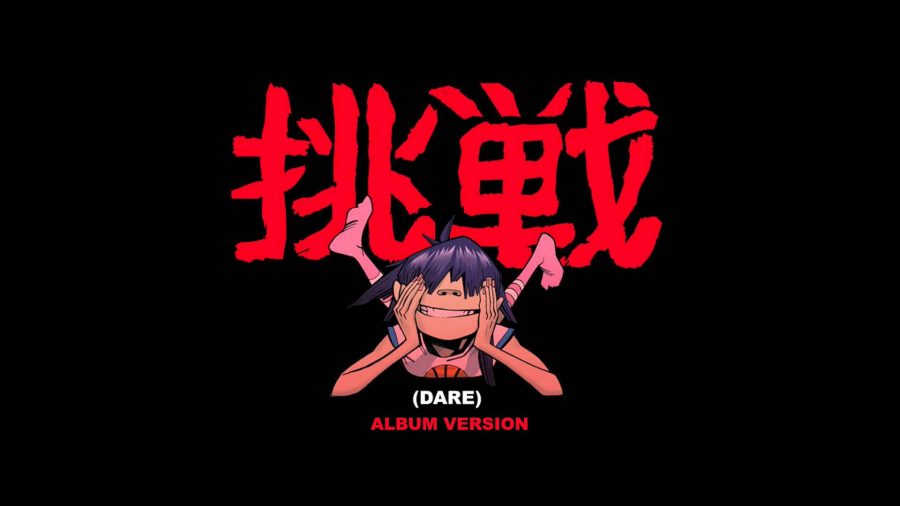 After the release of Gorillaz’s newest album, Humanz, there was a mixed reaction from new and old fans alike. One complaint waswould be the lack of face-time with the main characters that we know and love- 2D, Murdoc, and so on. While Gorillaz remains a collaborative vessel for Damon Albarn to work with his favorite artists, more than a few of us wished we knew more about the cartoon guys and what they had to do with the album.

This brings us back to “DARE,” a track from Gorillaz’s highly revered album, Demon Days. This track features vocals from Roses Gabor, but it’s staged as Noodle’s very own song in the music video. Despite having a different voice than the Noodle from Gorillaz’s self-titled debut, the evolution of the character’s style made sense and kept the illustrated fiction world alive. Keep in mind that no band had ever done anything like Gorillaz before, as Jamie Hewlett and Damon Albarn created a four-piece cartoon band with live shows, music videos, and a rich background for each character. The visual aspect is almost paramount to the music in this sense; as the music jumps genres and styles, the short films and comics make sure it still feels like the good ol’ Gorillaz.

The music video is no exception. Perched at the top of a dark, crow-ridden cave sits Noodle’s room. She pulls back the doors to reveal a giant severed head—Shaun Ryder—hooked up to tubes and wires stringing across the ceiling. As she says hello and presses a switch, the head begins to squirm and sing. She dances around the room in an uncanny duet with her very own Frankenstein’s monster to a song that makes little to no sense. It’s unequivocally Gorillaz, though. Weird, funny as hell, beats that bump and melodies that stick in your head for days to come. Essentially, “DARE” embodies everything Albarn and Hewlett envisioned for the band, from collaboration to fantasy, functionality as art to easy and fast listening. There will probably never be another band quite like Gorillaz, whether it be for fear of mimicking or lack of original or creative enough characters, so listen to what we’ve got of the world’s greatest cartoon band.