Does Maturity Equate to Quality Artistry? 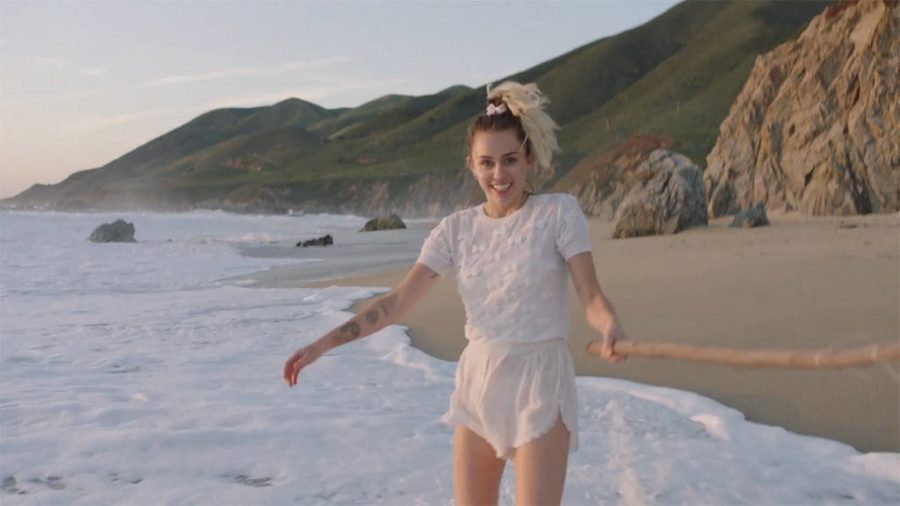 For a good while, Miley Cyrus was a household name. Playing the title character on Hannah Montana from 2006-2010, starring in a movie based off of the show, and releasing three studio albums, the teen was—seemingly—on a roll. She was wholesome, an all-American dream girl. Fathers wanted their daughters to be like her and mothers only hoped that she’d stay on the right track while gliding through adolescence. But what does the latter necessarily mean?

Flash-forward three years or so, and America’s sweetheart appeared to be reeling off the tracks. After her controversial performance at the 2013 MTV Music Video Awards with Robin Thicke, along with her first “sexualized,” fourth studio album Bangerz, Cyrus seemed to be moving away from her media-placed, goody-goody image. The album, which leaned on the more electronic, hip-hop side of pop, had maturer themes compared to her prior three bubblegum LPs. While this gave her an older image, she appeared naive to most, seemingly at a loss with her artistic direction. Parents started shying their daughters away from anything she stuck her tongue out at, along with hiding her records in stores.

In 2015, Cyrus released her fifth studio album, Miley Cyrus & Her Dead Petz, which was the cherry on top of it all. Though it detailed the deterioration of her relationship with Liam Hemsworth, it was her most risqué work to date. Featuring songs with titles like “I’m So Drunk” and “Bang Me Box,” the Miley that corporate America once knew was essentially dead. The lyrics often highlighted her adoration for recreational drugs, and her voice sounded more drawn-out and fatigued, making some wonder, “what was she on while recording this?”. Her squeaky-clean reputation was tarnished, replaced with a childish front that screamed for attention.

On May 11th, Cyrus released her first single in two years, “Malibu,” which she stated in an interview with Billboard that she wrote inside of an Uber, pondering her current life with Hemsworth and her newfound sunny state-of-mind. On the cover, she looks glowing, and on the track, she sounds even more golden. Shocking her past fans, she returns with her signature country twang, while still managing to produce a decent comeback pop-rock track. “I never would’ve believed you/ If three years ago you told me/ I’d be here writing this song,” she croons, reflecting on her rambunctious past in a subtle way.

But what really makes the last three years of her life so rowdy? Though stating that she “couldn’t be tamed,” how should that influence her success and respect as an artist? Why does her transition into country-pop, to hip-hop dirtiness, back to her pop roots make her less respectable? Stripping away her ever-changing image, the fluidity of an artist’s style isn’t a rarity. Should this ebb and flow equate to the public eye’s esteem of them, though?

I have to argue that the two can’t go hand-in-hand. Different stages in one’s life translate to different forms of expression, and who are we to say that some are better than others? Being clean-cut and PG doesn’t equate to producing music of a higher quality- an image is just an image. While the raunchiness of Miley Cyrus & Her Dead Petz may not be everyone’s cup of tea, especially with it’s highly explicit lyrics and experimental nature, it doesn’t make Cyrus less respectable. While her new sound may fade more into the realm of something parent-approved, it doesn’t necessarily equate to a maturer image. Development and changes in artistry have no age or proprietary, so why associate them with the two?