We Watch It for the Music | Master of None 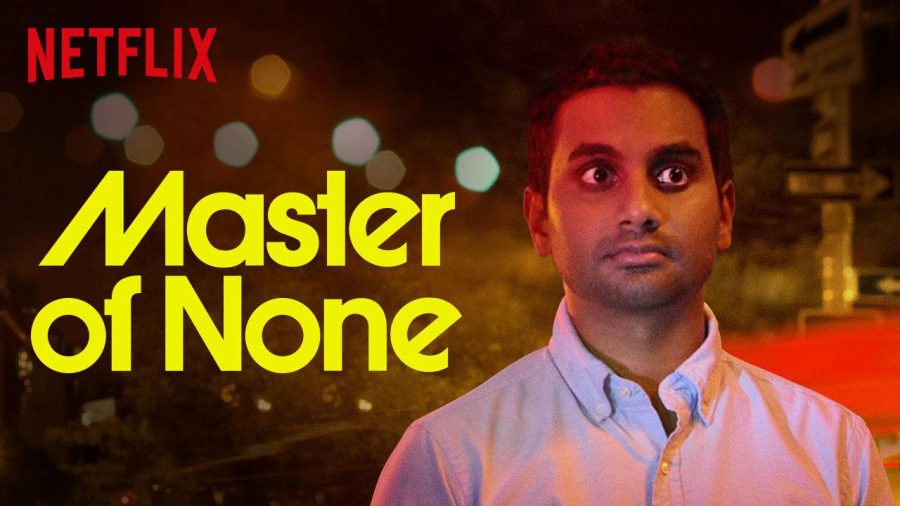 The second season of Aziz Ansari’s Netflix original show, “Master of None,” is finally here, and with its depressingly accurate view of love, friendships, and age comes an entirely new soundtrack designed to push your buttons in the best way. Some tracks are vintage, some tracks are from Italy, some you might have heard for the first time yesterday because they’re brand spanking new. Let’s take a plunge into some of the tracks, the real reason we watch “Master of None!”

The first episode of the season is placed in Italy, where lead character, Dev—played by Aziz Ansari—decides to stay for a couple months after him and his girlfriend split. The episode is shot entirely in black and white, a lot of it has subtitles, and the music is all Italian. While it’s a cool decision for the season opener, the second episode is when it feels like the original show again. The first scene plays, intro credits roll, and Ryan Paris’ smooth 80s hit takes the show back to its campy roots. Still by an Italian musician, this track is a good transition as Dev moves back to America in the second episode.

Tupac — “Only God Can Judge Me”

The third episode has a contained story about Dev and religion. Growing up in a strict Muslim family, Dev is forbidden from eating pork products. When he stays at a friend’s house as an elementary schooler, his friend’s mom gives him bacon without knowing he isn’t supposed to eat it. Dev, mischievous as ever, takes a big bite as the groove is laid by Tupac’s “Only God Can Judge Me.” This song is hysterically hard for the image of a 9-year-old boy eating some breakfast, but the lyrics are a little more relevant than you might think as the episode progresses. Check it out!

The fifth episode of season 2, aptly named “Dinner Party,” features Dev and his friend that visits from Italy named Francesca. After they have a nice night out at a B-list celebrity’s house, watch John Legend perform a personal piano ballad, and have a couple drinks, they take a cab back to Francesca’s hotel. They both clearly have feelings for eachother, but she has a fiancé. As Dev says goodbye and takes the cab back to his own apartment, “Say Hello, Wave Goodbye” plays in its entirety while he sits silently, gliding through the city. The synthpop duo, Soft Cell, has quite the knack for creating that longing atmosphere, and the music takes the front seat because the scene is so simple that there isn’t much else to pay attention to.

The sixth episode is very unorthodox. It features none of the characters we know besides during a couple of seconds here and there, and it entirely revolves around a few New York cab drivers just looking for a good night out. It’s a lighthearted adventure after last episode’s not-so-happy ending. The guys go to a couple clubs and get kicked out, they get ripped off on the street, and they start to feel bad for themselves until they walk past their friend’s closed restaurant and see a group of girls banging on the door because they want fries. Once everybody is inside, the night is redeemed and they hang out in a closed diner with complete strangers. What can make this night weirder? Vengaboys! You have probably heard this song before and never knew what it was called. You’re welcome.

The tracks picked for this show impress me more often than not. The mix of familiar with “where have I heard this before?” type tracks actually cultivates a very convincing environment for Dev and his friends to live in. Even if it is just New York City, the emotions portrayed in the show make sense to anyone who has downloaded Tinder or lost touch with old friends, and I owe a ton of that to the music.

Check out season two of “Master of None” on Netflix.