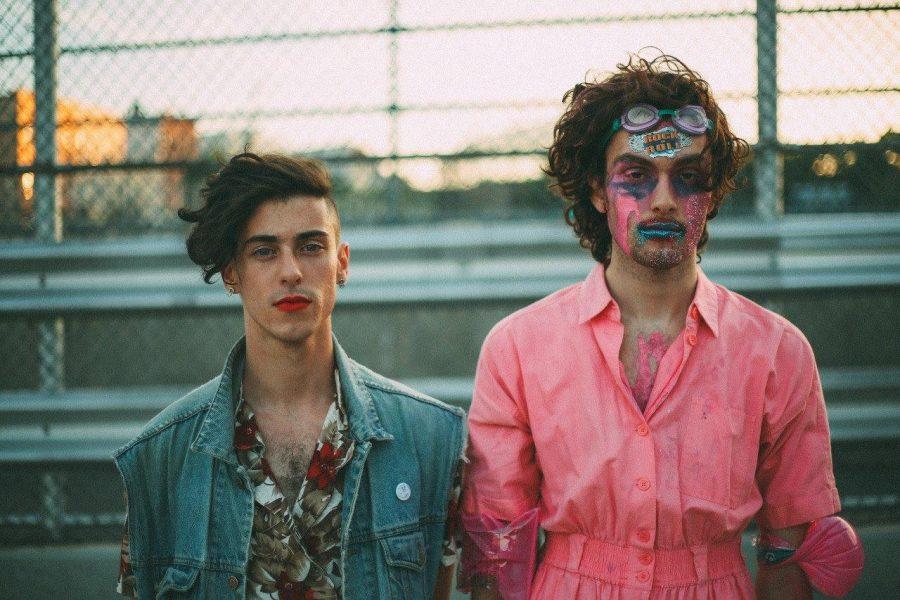 Indie-rock band, PWR BTTM, has been dropped from their record label following recent sexual abuse allegations against lead member, Ben Hopkins. Yesterday, a (now deleted) facebook post from a member of the DIY scene in Chicago called Hopkins “a known sexual predator, perpetrator of multiple assaults, etc.” She also included a picture of him sitting next to a swastika drawing on the beach. Members from the reddit community “/r/indieheads” have come forward since then backing up her statements against Hopkins.

PWR BTTM released a statement soon after, offering up an email for anyone to contact, claiming they would not be in charge of said email account.

Ben and Liv here. We want to respond to some very serious allegations that have been made against Ben. The allegations come as a surprise, but we are trying to address them with openness and accountability. With respect to the image included with these allegations, Ben previously addressed this matter on their/the band’s Twitter in January (https://ibb.co/dsNRRQ).

Unfortunately we live in a culture which trivializes and normalizes violations of consent. There are people who have violated others’ consent and do not know. Ben has not been contacted by any survivor(s) of abuse. These allegations are shocking to us and we take them very seriously. Further, the alleged behavior is not representative of who Ben is and the manner in which they try to conduct themselves.

To address this matter head on, we have set up an email address through which a survivor or someone working directly with a survivor can discuss the allegations being expressed on social media: [email protected] We are currently looking for a mediator with the necessary qualifications. This will be the only person with access to the account. Ben does not have access to the account, for two reasons: 1) because we acknowledge that certain individuals will not feel comfortable establishing a direct communication link between themselves and Ben, and 2) to protect Ben in the event that a malicious party attempts to use the address for anything but its intended purpose.

Our primary goal here is to ensure that a survivor of abuse has a voice, that their story should be heard and that people who cross the line should be held accountable. What this means for the band, our album, our fans and our upcoming tours is, as of yet, unclear. Music is everything to us, but we feel strongly that this matter needs to be addressed first. Updates forthcoming.”

Since their official response, the opening band and touring members of the band have quit, multiple festivals have taken them off their set list (namely Bledfest), and more recently Polyvinyl has taken the band off their roster.

“Throughout our 20 years, Polyvinyl has purposefully operated on the core principle that everyone deserves to be treated with fairness and respect. There is absolutely no place in the world for hate, violence, abuse, discrimination or predatory behavior of any kind.

In keeping with this philosophy, we want to let everyone know that we are ceasing to sell and distribute PWR BTTM’s music. If you have ordered PWR BTTM products from Polyvinyl and would like to receive a full refund for your purchase, please contact [email protected] We ask for your patience as we work to quickly process all requests.

We will be making donations to the following incredibly important organizations: RAINN (rainn.org) to support its efforts against sexual violence, and AVP (avp.org) to aid its programs against LGBTQ violence.

Our hearts go out to all victims of discrimination and all survivors of sexual violence.”