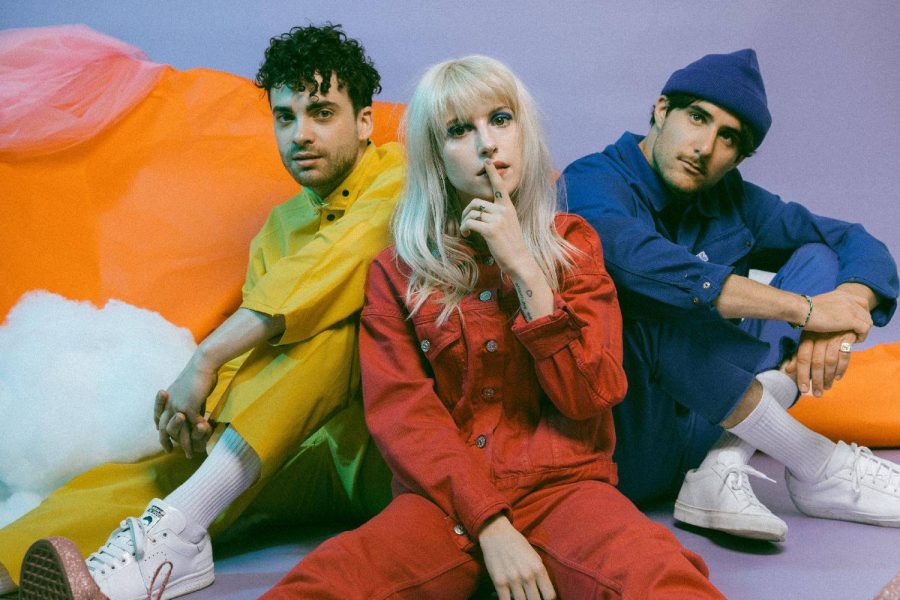 On Wednesday April 19th, Paramore, released the song “Hard Times” in anticipation of their new album After Laughter.  It’s been four years since the band released their last, self-titled, album, and with “Hard Times” landing at number three on the Billboard + Twitter top tracks chart, we can safely assume the rest of the album will be just as good.

Paramore is certainly experimenting with the band’s overall sound on this track as they move away from the punk-rock heavy timbre toward a lighter, more pop-centric 80s feel. The song starts out with a xylophone and bongos melody that leads into the iconic voice of Hayley Williams. Accompanied by Taylor York’s pop-infused instrumentation of guitar and keyboard, this song will leave you wanting play it back and dance along to its playful, energetic tone.

Although the song sounds upbeat and energized, the track talks about the turbulent time the band has had since the release of their last album in 2013, when some members of the band left, Williams told popbuzz.com. The juxtaposition between upbeat instrumentation and Williams serious lyrics make this one of the band’s best hits in my opinion.

Paramore is constantly growing and maturing, experimenting with new sounds and styles as they go, and “Hard Times” is no different. While it may not be what you’re used to, we still think you’ll enjoy the bands new found sound.

After Laughter was released on May 12, 2017 by Atlantic Records. Be sure to check out the full album, out now!