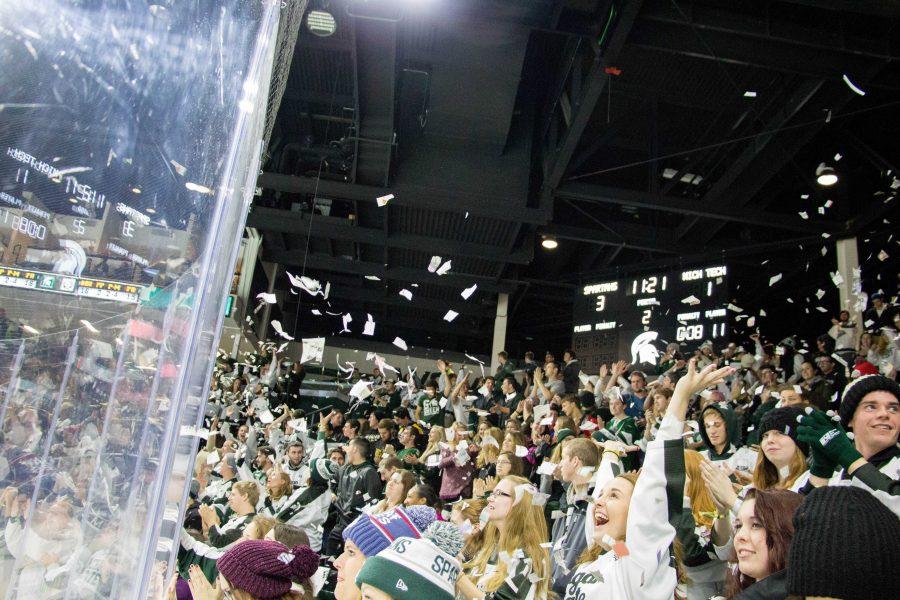 According to a press release, both men will join current director of hockey ops Brad Fast and goaltending coach Jason Muzzatti to round out the staff. They will start their new jobs immediately.

“I am eager to have both Chris and Joe join our staff here at Michigan State,” Cole said via press release. “It is an exciting day, and I know they are ready to be a part of continuing the Spartan hockey tradition of excellence. Both are outstanding coaches, great fathers and exceptional role models for our student-athletes”.

Luongo, a former Spartan captain, has been a long time associate of Cole going back to his days at the University of Alabama-Huntsville. Most recently, he had been the coach of the USNTDP, primarily working with defensmen and special teams.

“For so many people, Spartan Hockey holds a place in their heart that is very special, including me,” Luongo said via press release. “It’s an honor and a privilege to have an opportunity to have a direct impact on the Green and White as a member of the Spartan Hockey staff. I’m looking forward to getting to work.”

Prior to coaching, Luongo spent 15 years playing professionally, including stints with the Detroit Red Wings, New York Islanders and Ottawa Senators. He spent his final seven seasons playing in Germany.

Exter, a Merrimack alum, spent the past six seasons as an assistant coach with Ohio State University. Most recently coming off an NCAA Tournament appearance and a third place finish in the Big Ten.

“I consider it a privilege to be a part of the Spartan Hockey family,” Exter said via press release. “It is with great excitement that I look forward to working with Coach Cole and the entire staff. Michigan State has a long, storied hockey tradition and I am grateful for the opportunity to be a part of it.”

Before becoming an assistant with Ohio State, Exter was on the staff of the USNTDP helping Team USA to a bronze medal in 2008 at the IIHF World Men’s Under-18 Championship, before capturing three consecutive gold medals from 2009-11.