We Watch It for the Music | SNL Part II – Musical Guests 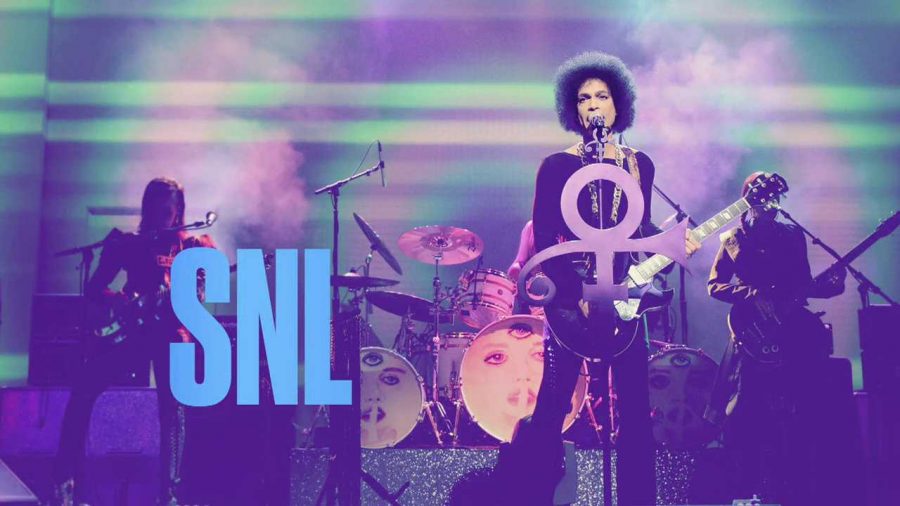 Sometimes the best reason to tune in to SNL is for the musical guest at the end. With musicians spanning almost every genre, there is at least one performance for everyone. This  article isn’t a comprehensive list of the best, nor are they the most important performances, but instead this list is a compilation of a few of my favorites picks I thought you’d enjoy as well.

Hardcore punk band Fear were the musical guest for the halloween episode of the sixth season of SNL and they were scary for some of the wrong reasons. To give a brief explanation of what I mean, they were banned from ever performing again after this performance. They imported slam dancers who were unleashed for the second performance and caused tens of thousands of dollars worth of damage. Despite the destruction, by performing “Beef Baloney” and “New York’s Alright (If You Like Saxophones)” Fear threw the audience right into the pit of the hardcore punk scene while still in SNL’s studio.

Another example of an artist who was banned after the performance, although not permanently, is Elvis Costello’s 1977 show. This is arguably one of the most legendary performances in SNL history. The story goes that Costello wanted to play his controversial song “Radio Radio” but his record label wanted him to play “Less Than Zero”. The record label and SNL thought that an agreement was reached and Costello took the stage to play “Less than Zero”. Not even a minute into the song, he abruptly stops, telling the audience there is “no reason” for him to continue playing “Less Than Zero” before breaking into an emotionally charged version of “Radio Radio.”

Kanye has performed more than once on SNL, but my personal favorite performances came in 2013.. West played on the show prior to the June 18 release of his polarizing album Yeezus and performed “Black Skinhead” and “New Slaves.” This is Kanye at his most primal and his most animalistic. Any middle-American who tuned in to this performance would have been terrified and it didn’t seem like Kanye wanted anything different.

Playing both “Pyramids” and “Thinkin Bout You” with guest John Mayer on guitar, Frank Ocean took SNL to the sensual world of Channel Orange. Frank’s vocals are just as great as they are on the album and Mayer takes a backseat until it’s his time to shine. During the guitar solo in “Pyramids”, there are some trademark Mayer faces, of course, but the best part may be watching Frank play arcade games on the side of the stage.

SNL is not exclusively for established artists to promote their new stuff, but also a place where new artists can get some national exposure. While some upcoming artists seem to crumble under the pressure — remember Lana Del Rey’s first SNL performance — some assert themselves as a new force to be reckoned with. Aussie rocker Courtney Barnett definitely falls into the second category, playing both “Pedestrian at Best” and “Nobody Really Cares if You Don’t Go to the Party” of off her 2015 debut. Barnett  surely gave the season finale a wallop of garage-rock goodness as a first time SNL performer.

Neil Young isn’t known as much of a showman and he doesn’t stray away from that during this performance. He plays ’ “Rockin’ in the Free World,” a fast-paced rock  song that is still relevant in the years since its release. He gives it to the audience with an urgency and an intensity that could be matched by few. Neil Young perfoms “Rockin in the Free World” like it’s the most important thing that he had to say. He performs with no bells, no whistles, just pure distortion and energy.

Most musical guests perform twice during the course of an SNL episode, some even perform three times squeezing a song in during the end of show credits, but not Prince in 2014. Prince only performed once during the course of this particular episode and blew the roof off of Studio 8H. He performed a medley of new songs which ran about 7 and a half minutes, but kept the audience enthralled throughout. I would have watched Prince go for over twice his run time, but we were lucky to have him show us just what he can do with only seven minutes.