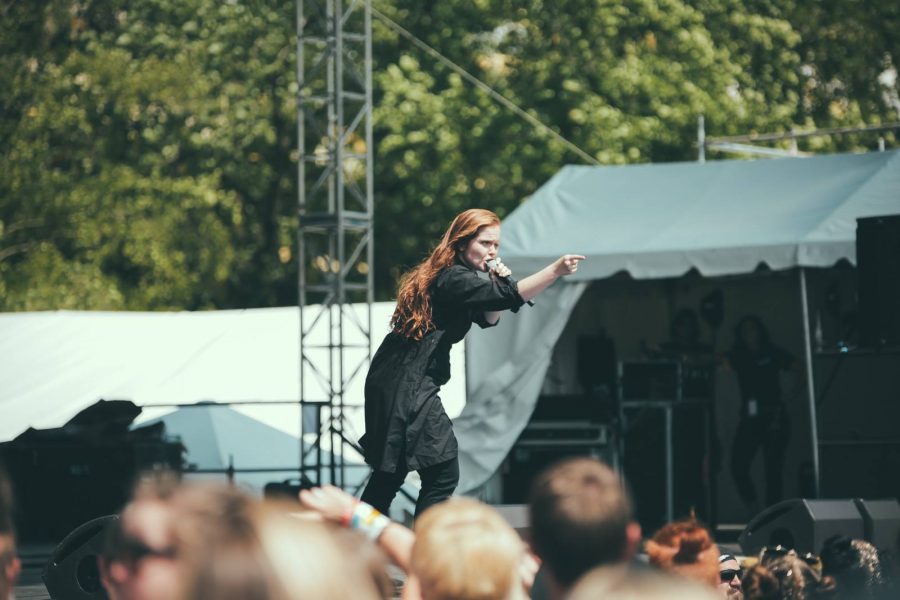 Detroit-native Flint Eastwood paired up with electro-funk group GRIZ to produce “Rewind,” a funky dance-pop track with an infectious beat; your head will be bobbing along the whole song. The song comes off of Eastwood’s recent EP Broke Royalty, released last Friday.

Eastwood, formally known as Jax Anderson, has been blending influences of rock, fuck, dance/electronic and hip-hop to create indie-pop songs since she started collaborating with her brother back in 2010, and “Rewind” is no exception to that. Although GRIZ’s electronics sounds encompass almost the entire song, the groovy jamtronica vibe they bring to the song fits right in with the rest of the album. “Rewind” still has all the staple influences that make Eastwood the indie-pop star is, from the opening bongo drums to the rhythmically-funky guitar and bass line heard in the song’s second verse. Paired with her delicate, yet powerful vocals, “Rewind” is definitely a standout track on the album.

This song invites you to sit back, relax and vibe out while reminiscing life’s simpler pastimes. As she sings, “Open up my heart/ Choose a different way to start/ Let’s Rewind,” feel free to like your mind wander with the beat as you remember when life was easy.

Catch Flint Eastwood performing this Sunday, April 23, in Kalamazoo or at one of the many tour stops and festivals — Sasquatch, Bonnaroo, Electric Forest and Lollapalooza — she’s appearing at this summer.