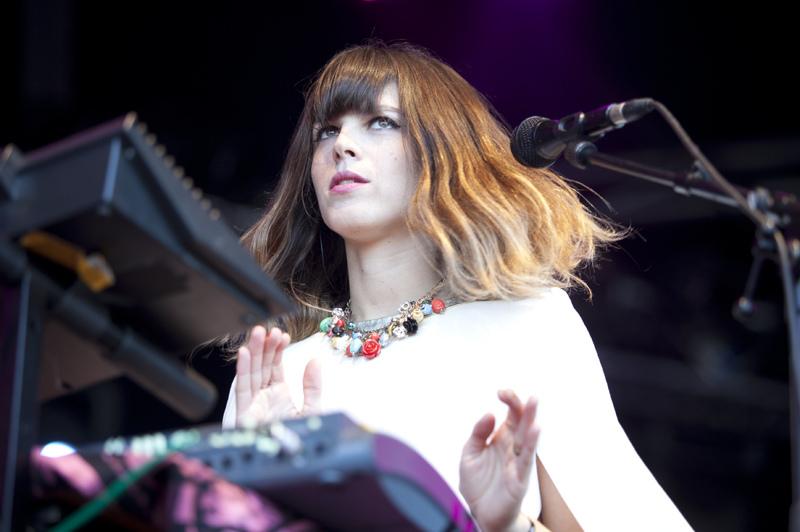 After five years, Melody returns with the promise of a new full length LP, Bon Voyage, and such a strong lead track and single, “Cross My Heart,” which shows her growth and efforts to explore new horizons. Clinging to various features and her work with Kevin Parker of Tame Impala, Melody has established herself as a strong voice amongst neo-psychedelic performers since her self-titled debut, but these influences have been seemingly hard to shake. Even within her demo releases, the heavily distorted guitar tones and signature drum kicks of a Parker production are apparent. As she would ride out these psych tones to fans’ delight, it would only feel a little more disingenuous— as something that rode the coattails or was only a side venture on Aussie-driven psychedelia.

“Cross My Heart,” however, breaks the silence of what has been Melody Prochet’s creative ambition. It starts like a traditional Melody song with the again familiar drums that seem to nod you forward and easily soft vocals paired to both guitar and keyed rhythms. Everything is as normal until it breaks into what’s deemed as a longstanding middle that otherwise separates new and old. It’s a fresh use of samples with more breakbeat drums and vocal elements that give a more soulful twist on what could’ve otherwise stagnated. Featuring Gustav Esjtes and “Psyechedelic-Erik” on flute, and even a Hey track, it throws you through a bind that would never be expected. It’s jarring and maybe hard to ease into at first, but it’s not abrasive. From the flute solo to the jovial almost hip-hop vocal appearances, “Cross My Heart” is testament to the experimentation needed in neo-psych, and still manages to hopefully please new and old fans with a balance of groove and fuzz war.

No album release date has been set yet, but keep a lookout later this year.