We Watch It for the Music | SNL Part I – Skits 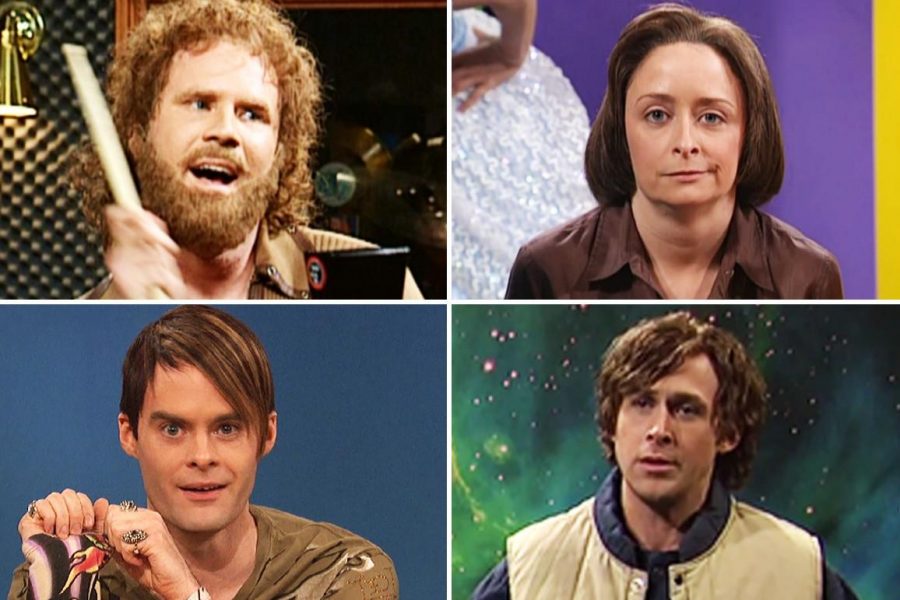 Saturday Night Live has been around since 1975, influencing our culture since its inception. From the beginning, the late night TV show has always included skits that are focused on music. Oftentimes, these skits end up being  the  best part of the episode. With several notable skits to choose from, it’s impossible to talk about them all.I do have a few personal favorites that are worth mentioning though. Whether you’re a dedicated fan or just someone who enjoys good musical comedy, here are seven of the must-watch skits produced by SNL.
1. Lazy Sunday
The digital shorts of the Lonely Island, a comedic musical trio featuring Andy Samberg, were a staple of SNL from 2005 to 2014. They were the best part of an episode and one of the reasons I looked forward to watching SNL. “Lazy Sunday” was Samberg’s third digital short, but the first to really take off. This skit is, in my opinion, one of SNL’s classic digital shorts. It has even been parodied on the U.S. version of The Office. If you haven’t seen this skit yet, I highly suggest you press play now.

2. Lunch Lady
Adam Sandler was quite the comedic songster back in the day. Some of Sandler’s funniest songs were about a red-hooded sweatshirt, Thanksgiving or what was possibly the peak of his career, the “Chanukah Song.” However Sandler’s “Lunch Lady” is one skit that has gotten lost in the popularity of his other songs, and to me that is a shame. Not only does Sandler put a comedic spin on a nuanced job, but Chris Farley’s performance is the perfect accompaniment to Sandler’s song about school lunch. This skit has a little something for everybody — Farley’s performance for those into physical comedy and Sandler’s songwriting for those into comedy music.
3. More Cowbell
This is possibly the most well-known musical skits in SNL history. Give Will Ferrell a cowbell and a sweater that’s too small, and you have a masterpiece. Chances are, if you haven’t already seen this sketch, you’ve probably heard someone reference it. Blue Öyster Cult wasn’t even really relevant by this point and the late Gene Frenkel wasn’t a real person, but neither mattered as this skit skyrocketed in popularity.

4. Omeletteville
Justin Timberlake is certainly a SNL veteran after being on the show a number of times in the last 15 years, , but “Omeletteville” features Timberlake in his early years as an actor. This skit is his first step into the musical comedy sketch game, and the first iteration of his recurring “Dancing Mascot” character. If you’ve ever heard anyone say “Bring It On Down to (Whatever)ville,” they’re referring to this skit.. Squaring up against a singing Salvation Army Santa, a Denny’s mascot and everything in between, this skit is a contemporary classic.
5. The Barry Gibb Talk Show
From one Timberlake skit to another, this one was more of a vehicle for Jimmy Fallon’s Barry Gibb impression, but Timberlake’s Robin Gibb impression was also integral. From singing guests names to just generally making musical noises, this skit was a fun way to bring back some disco icons and some hilariously high singing. Almost all of these are great, but it gets especially good when the real-life Barry Gibb makes an appearance.

6. Lucifer Songs
This is one my favorite sketches to watch with my dad. It features Will Ferrell acting as Satan, trying to give country musician Garth Brooks song ideas. This isn’t a sketch that you’d watch because the songs are musically pleasing, but just because they are utterly hilarious. All of Ferrell’s ideas are definitely ridiculous, yet they’re still comedy classics.

7. Nick The Lounge Singer
Comedy great Bill Murray plays a lounge singer and performs in the schmaltzy manner that you would expect him to in this reccuring skit.. He sings real songs, fake songs and one time he even added words to the Star Wars theme song. While Murray was quite a genial fellow, Nick was known to get belligerent with the crowd, which only added to the hilarity of the sketch. A number of fans thought this skit was  done after Murray  left in 1980, but they were wrong. Nick the Lounge Singer performed a rousing version of the Jaws theme for SNL’s 40th anniversary special.