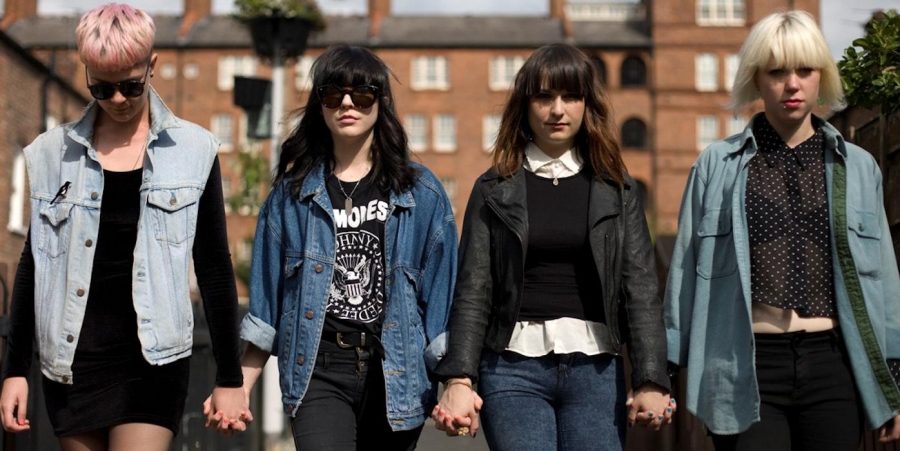 On their newest EP, “Bad Thing,” PINS gives listeners a taste of what they’ve been working on since the release of their last album, Wild Nights, in 2015. After the self-produced girl-rock group opened for Sleater-Kinney on their comeback No Cities to Love tour in 2015, the ladies of PINS wasted no time in starting to write new music.

The title track of the new EP, “Bad Thing,” channels the band’s classic grungy pop-rock sound while mixing things up with the addition of keyboards and layered guitar distortion. Though “Bad Thing” sports the same defiant vocals as previous PINS tracks do, it represents a major development in their work that has left fans excited to see what else they have in store.

Throughout this new release, the band experiments with different sounds and creates a distinct atmosphere that is unlike most of their previous work, which is characterized by its rawness, blatant punk influence, and loud pop sound. According to guitarist Lois McDonald, this new direction was influenced by the amount of time they’ve had to write and record, along with the group’s desire to broaden their sound by incorporating more instruments.

Their newest EP also includes a collaboration with Iggy Pop and a cover of the Joy Division classic, “Dead Souls.” Along with the new releases, the band recorded five independent videos for different tracks as well.