Kilo Kish is Finding Her Footing in Today’s Musical Landscape 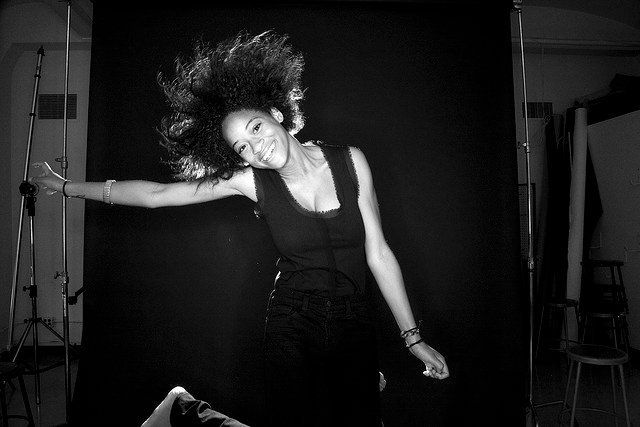 With the release of her 2016 studio album, Reflections in Real Time, Kilo Kish is exploring what it means to be an emerging artist in today’s musical landscape. The 20 track album features Kish’s lyrical musings on a variety of themes ranging from rocky relationships to manufactured social personas. Kish jumps from idea to idea throughout the album, comparing her love life to a horror movie on one track and describing the scene of a high-class dinner filled with pretentious minds in the next.

The 26-year old singer/songwriter’s birth name is Lakisha Robinson, “named after my dad,” she explains in “Hello, Lakisha.” The playful track explains the artist’s struggle to find a job because of her name, so she adopted the moniker “Kish” to put on her resume instead. However, she makes it clear that despite the stage name she’s adopted she has no shame over her birth identity, iterating at the end of the track “you call me Kilo/ but Lakisha forever will be my name.”

In “Existential Crisis Hour,” as the name suggests, Kish plummets down a rabbit hole of philosophical questioning and while getting increasingly covered with breakfast food in the music video. The track features Donald Glover, who provides vocals limited almost entirely to “yep” and “nope” as he answers Kish’s pondering questions.

In her early years, Kish studied textile design in New York; she didn’t have any aspiration to kick-start a musical career. It wasn’t until her roommates set up an in-home studio that Kish began making music. One of Kish’s earliest collaborators was R&B group The Internet who produced her debut EP Homeschool. “Navy,” a single off the EP, employs cosmic imagery as Kish describes herself and the guy she’s infatuated with as literal star-crossed lovers.

Since Homeschool, Kish has collaborated with several artists including Childish Gambino, Chet Faker and Vince Staples. She can also be heard on Gorillaz forthcoming album Humanz.

Kish is obviously someone with a lot to say. Reflections in Real Time feels like a dream with Kish’s soft voice guiding you through her stream of consciousness. At times, it is messy and seems to tackle more topics than it can handle, but it shows the progression of an artist who is sure to make more compelling music.

Kish is currently touring with Vince Staples on The Life Aquatic Tour. You can also see her perform at Pitchfork Music Festival in July.