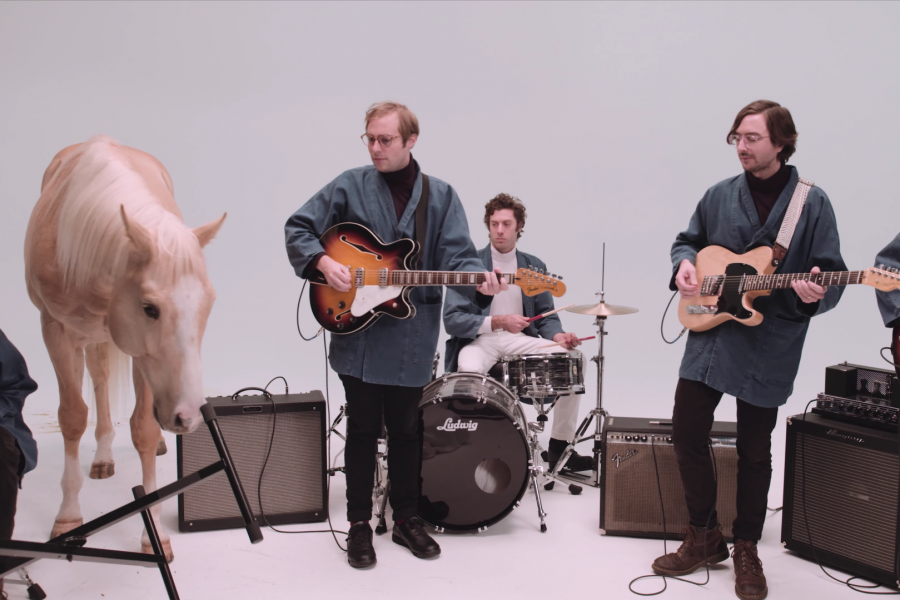 Releasing an album on March 17th, Real Estate has proven that losing the guitarist, Matt Mondanile, has not let it bring them down. Known for his spacey style of playing, Matt Mondanile left the band in May of 2016 to focus his creativity with the Ducktails. Therefore, Real Estate had to do some rearrangements in the band and announced that Julian Lynch would be replacing Matt.

This new album titled, In Mind, has eleven songs on it and brings the consistent beautiful groove that Real Estate is recognized for. Released originally as a lead single and now the first song on this album, “Darling,” is one song that really portrays this feel-good melodic tone. Beginning with Matt Kallman holding down soft chords on the keyboard, the way the guitars are looped and layered mixing with the bass, creates for a song that will be played happily for years to come.