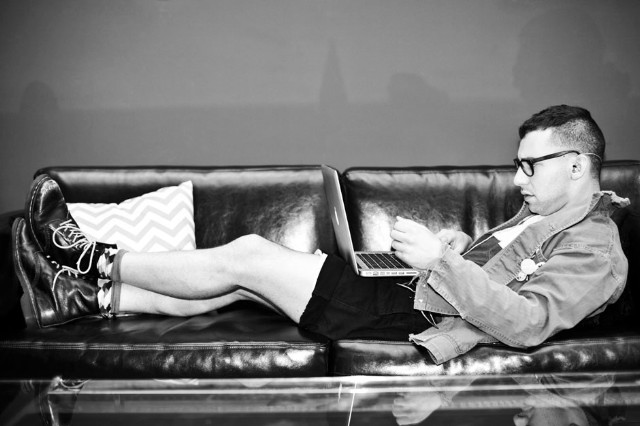 After a two-year hiatus from the music scene, Jack Antonoff has finally released new music through his most recent musical project, Bleachers.

“Don’t Take The Money,” the first single off of the act’s untitled sophomore album, proves itself to be nothing less than anthemic, sparkling, and powerful. Fans of Bleachers’ debut album, Strange Desire, will feel a sense of fulfillment after listening to this song for the first time after only thriving off of his singular album for what feels like ages. Equally heavy on synth and percussion, the song exudes a classic 80s vibe that avid listeners of the act have come to know, all while being accompanied by lyrics that beg to be shouted. It features shimmery layers that make the tune feel effortless yet authentic, while still sounding modern with a sample from indie-pop artist Lorde towards the end.

Comparable to his past singles like “I Wanna Get Better” and “Like a River Runs,” “Don’t Take The Money” feels like a breathless and wonderfully long Friday night. While the release of a single two years after an artfully-crafted album comes out can be questionable due to anticipation and fear, there’s no need to fret while listening to this song. It surpasses the hype that Antonoff has been giving it on his Twitter for weeks, and is the perfect foreshadow of a record that won’t leave its listeners “stuck in the storm.”