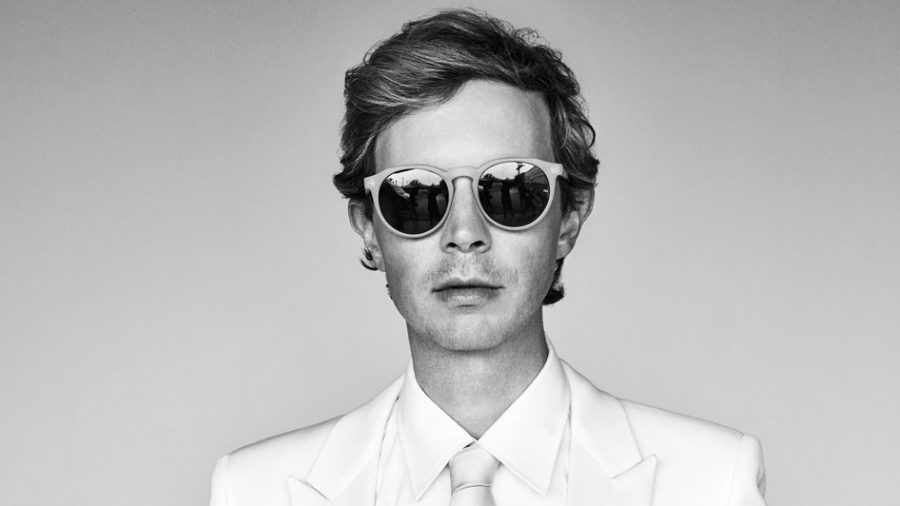 Above photo taken by Lauren Dukoff

Beck’s career has never made a lot of sense. From album to album, he changes his sound so drastically that the only things holding it together are his word-salad lyrics and overall sense of vibrant weirdness. Why then do people ignore his most word-salady and weird album in favor of lesser ones?

Beck’s 1996 album Odelay rode on the success of Beck’s freshman album Mellow Gold, shifting from the “strummy”-acoustic weirdness to a more hip-hop influenced weirdness. Songs like “Devils Haircut” and “Where It’s At” sold well and are loved by fans to this day, but much of the album has a tendency to collapse under the weight of Beck layering sample over sample and delving too deep into noise rock. “Devils Haircut” is a simple song at its core, containing the catchy hook “I’ve got a devil’s haircut in my mind,” separated by simple verses. This is the template for the album’s style, and near the end it can be somewhat grating.

When Midnite Vultures dropped in 1999, the world was given the greatest possible collection of nonsense Beck lyrics, accompanied by a Prince-influenced funk sound that he’s never really cared to duplicate. Pull the lyric sheet up for any one of these songs and you’ll be greeted by such sexy gems as “I’m mixing business with leather / Christmas with Heather / Freaks flock together / And make all the b-boys scream” or the ludicrous “I want to know if I’m worth your time / There’s so much to do before you die / Thursday night, I think I’m pregnant again / Touch my ass if you qualify.” No Beck album better embodies pure kitsch and irony, so its low placement in Beck’s discography seems so wrong to a person who lives in a culture overtaken with surrealist memes and absurd thoughts being treated normally. Listen to it.