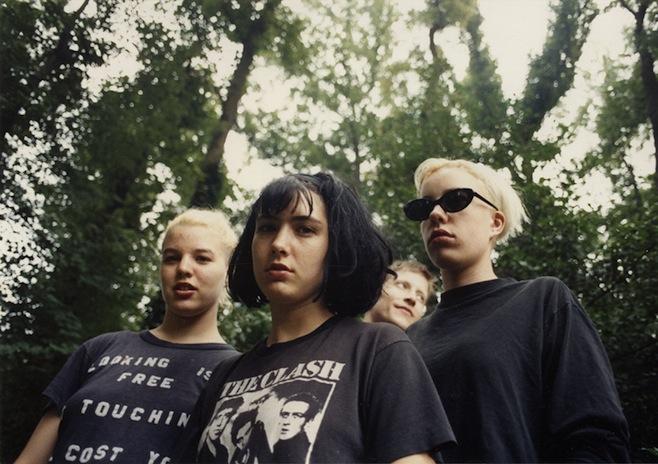 Bikini Kill, formed in 1990’s among the growing underground punk rock scene in the Pacific Northwest, is widely considered to be a trailblazer of the riot grrrl movement. With a sound characterized by the individuality and aggression often associated with early punk and lyrics that sport the mentality of radical third-wave feminism, Bikini Kill was a force to be reckoned with.

“Rebel Girl,” Bikini Kill’s most popular song, was originally released in 1993 and is considered by many to have been the anthem of the riot grrrl scene. Its message is a clear challenge to heterosexual standards in the male-dominated music industry with an unmistakeable lesbian perspective. Other tracks focus on women’s topics such as domestic abuse, overcoming the patriarchy, sexual assault, and overall empowerment for women.

Lead singer Kathleen Hanna’s thrilling vocals give the song a certain power and potency that gives authority to the song’s feminist message, while clashing guitar, bass and drums create a sound that inspires listeners to make change happen. Lyrics such as “When she talks, I hear the revolution / In her hips, there’s revolution,” and “That girl thinks she’s the queen of the neighborhood / I got news for you, she is!” encourage women to embrace their own power and sexuality.

Overall, the song “Rebel Girl” and all other tracks by Bikini Kill can be considered odes to feminist solidarity that will continue to be relevant and empowering for decades to come.