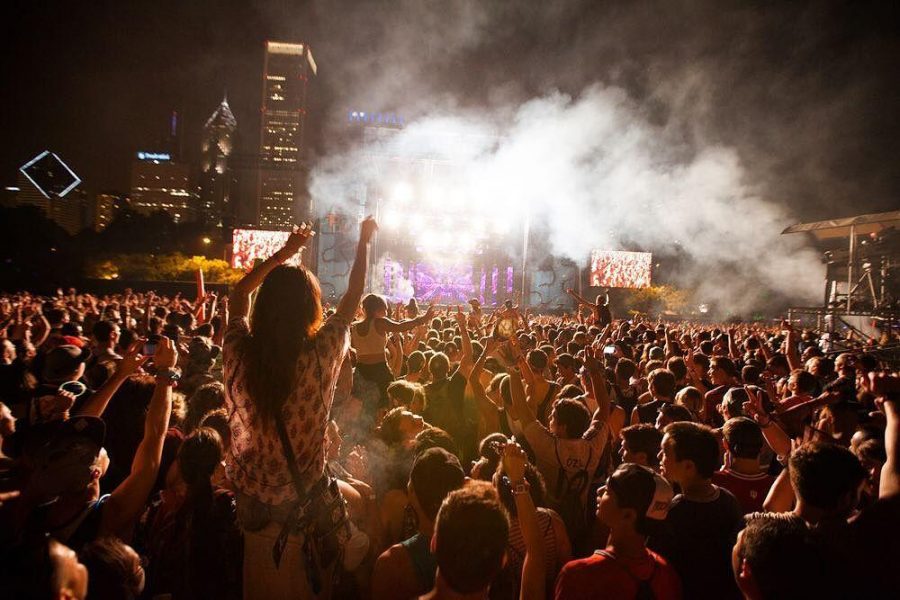 Up until yesterday morning, we Midwesterners had been twiddling our thumbs as we awaited the arrival of this year’s Lollapalooza lineup. Four-day-pass buyers wanted to make sure they got the bang for their buck, while one-day-pass buyers needed to know which day they would be waiting at the computer for to click on when the clock struck 11 A.M. EST yesterday. I found myself in the latter group, and as I was soaking in the lineup, I knew that this would be an insane year.

While there are several returning headliners, the one that is probably turning the most heads is Chance the Rapper. The Chicago native has never headlined at the city’s music festival, and lately he’s been dubbed as its hometown hero. After donating $1 million to the Chicago Public School district and having his star continually ascending on the music scene, it’s sure to be quite the homecoming.

Other classics on the Lolla headliner scene include Arcade Fire, The Killers, and Muse. We aren’t dying to see these, but they definitely don’t hurt. Acts like Lorde will add some youthfulness to the mix, while blasts from the past like Blink-182 will pepper in some nostalgia. That is, if we aren’t too busy wondering where Tom DeLonge’s at and just exactly how old they all are.

As for non-headliners, there is definitely a push back towards Lollapalooza’s classic indie rock and pop vibe. The Shins, Tegan and Sara, Grouplove, Foster the People, and The Head and the Heart give the festival its staple feel, keeping Lolla’s recent EDM flux on the minimal side.

Mac Demarco will be gracing Grant Park for the first time, and we are psyched. He, along with The xx, alt-J, Banks, The Japanese House, and Alvvays—topped with Chance—are just a few reasons why the Saturday tickets sold out the fastest. Not to mention, if you didn’t catch Flint Eastwood at the MSU Union, the Detroit native will be there on that day as well. However, if you weren’t able to snag those Saturday tickets, you could still be in for some treats. From Spoon to Crystal Castles to Charli XCX, there are definitely some goodies this year on any given day.

However, this year we do feel some losses. Even though we snagged artists like Migos, Big Sean, and $uicideboy$, rumored artists like The Weeknd and Smashing Pumpkins didn’t appear on the poster. As far as 80s and 90s bands and artists go, they are also in low supply, so there isn’t much to lure in the older crowds. This will probably only lend to the increasingly party-like atmosphere that has been slowly engulfing the classic music fest. The only classics this year seem to be strictly Lollapalooza ones, which are those bands that always seem to be there and we’re starting to wonder why. Although a lot of the acts seem to need some dusting off, there is a reason that all of these picks were added to the list. The combination of new and old work together to keep Chicago’s alternative roots alive, giving representation from genres across the spectrum, will surely give one hell of a show. We are waiting for you, August.

You can find the Lollapalooza 2017 lineup, broken down by day, here