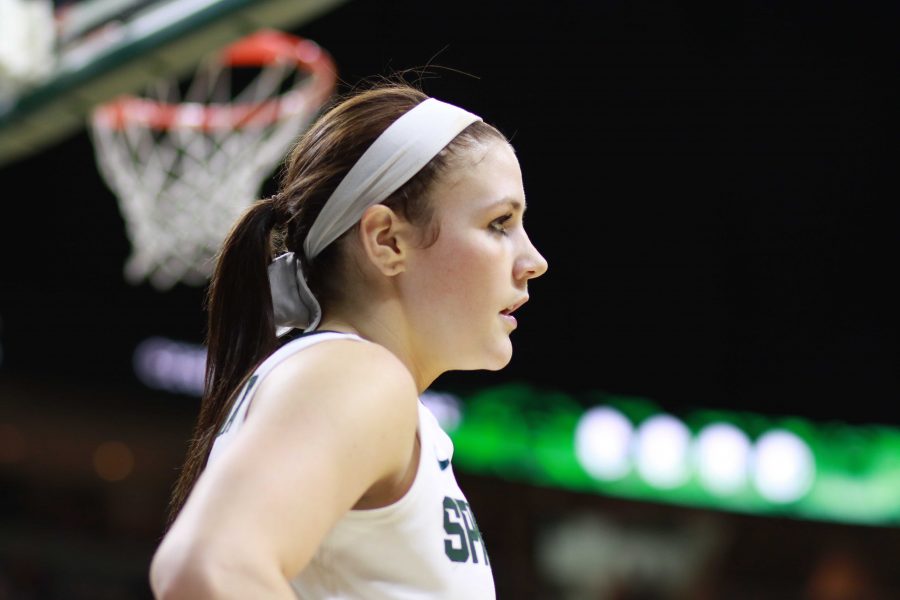 The 61 points for the Spartans was the fourth-lowest total of the season and lowest since Jan. 4, where they scored 54 in a loss to Purdue. MSU came into the game averaging 74 points per game.

In the Big Ten Tournament, the Spartans had four scorers in double figures each game, but Friday night was a different story. Jankoska was the only Spartan to reach double-digit points on the night. She was 7-of-12 from the field, 9-of-9 from the free-throw line and also chipped in eight assists.

Branndais Agee was the team’s second-leading scorer with nine points, followed by Taya Reimer and Taryn McCutcheon, who both chipped in seven. They combined to shoot 50 percent from the field and 33 percent from beyond the arc.

Defensively, MSU was not on the same page. The Sun Devils shot 49 percent from the field and 44 percent from beyond the arc, assisting on 21-of-28 made field goals. Furthermore, ASU collected nine offensive rebounds, resulting in 12 second chance points and 30 points in the paint.

The Spartans were able to contain Sun Devils’ leading scorer Sophie Brunner, holding her to nine points and five rebounds on 4-of-10 shooting from the field. However, the Spartans struggled to defend Reili Richardson, Quinn Dornstauder and Sabrina Haines.

The trio combined to score 44 points on 16-of-25 shooting from the field. Dornstauder knocked down all six of her shots and collected four rebounds in 24 minutes of play.

The loss to the Sun Devils will end the Spartans’ season and Jankoska’s college career, but they will have a wealth of talent returning next season. Jankoska was the team’s lone senior, and MSU has Sidney Cooks and Claire Hendrickson signed for next season. Cooks is a 6-foot-4 forward and is rated the No. 5 overall recruit in the country.