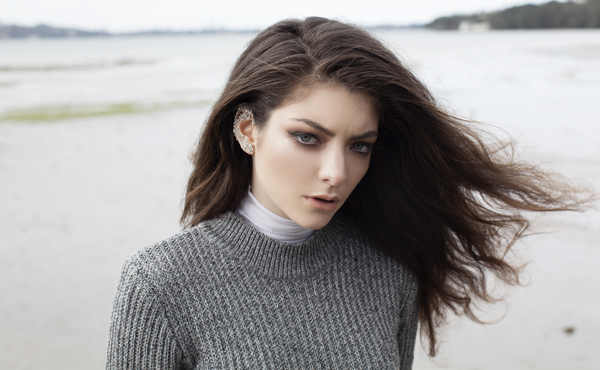 After teasing her fans with cryptic videos on Twitter this past week, Lorde has finally dropped her long-awaited single, “Green Light,” the first release after her breakthrough album, Pure Heroine.

Her freshman album was notorious for being an anthemic ode to adolescents everywhere. It was raw, ruminating, and incredibly real, and carried a loud bass on almost every track. The lyrics, written by Lorde herself, spoke to those who spent Saturday nights under fluorescent lights and Sunday mornings pondering the future. They revealed the hidden maturity of the teenage mind while still speaking to the loneliest of souls all at once. Essentially, Pure Heroine painted the picture of a modern-day John Hughes film, and it seemed like the entire world could dig it.

That was back in 2013, so the release of “Green Light” today has fueled the hearts—and apparently the restless feet—of young adults across everywhere. Her new single is fresh, upbeat, and will likely be blasted at your cool, older friend’s apartment party. While it strays from the darker tone of Pure Heroine, it opens the door to a new beginning for the New Zealand singer. She’s grown-up, she’s ready to tell the story of the past two whirlwind years of her life, and I think she wants you to dance a little more, too.

If you’re a diehard Lorde fan like myself, “Green Light” may have you taken aback slightly. Give it a few thorough listens before making a snap judgement, though. My good friend noted that if he never would’ve listened to Lorde in the past, he would’ve automatically liked the track. Disassociate the song from her former work. Mark it as the beginning of a new era. In all honesty, it’s Lorde, so I don’t think we’ll have anything to fret over anyways.

Her sophomore album, which has been revealed to be titled Melodrama, doesn’t have a stated release date just yet. But, like she croons in her new track, we’re waiting for it. We were born ready.