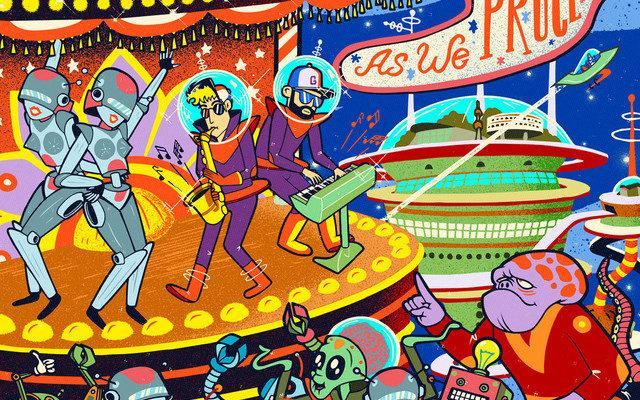 Futuristic funk and hip-hop pioneers, GRiZ and Gramatik, came together as GRiZMATiK and released the beautiful love-child of a single called “As We Proceed.” This was on January 20th, which was the same day as the presidential inauguration. Perhaps this collision duo of musical talent felt the need to release this feel-good song to soothe the mood of the people who may not have been too happy with the outcome of this past election.

The song begins as a simple melody with a clap-along atmospheric tone, but as we proceed—pun intended— through the song, it builds up with an immense amount of instruments battling for your ears’ attention. Immediately after this build-up, their signature collaboration call “GRiZMATiK” can be heard, which then leads to the song taking its form.

Throughout the song, the bassline is intense and would make even the most shy want to break out in spontaneous dance. The showcasing of the vast amounts of different synths in “As We Proceed” just gives music lovers everywhere a small glimpse of what’s in store for the future of synth-funk.