The Inerrancy of You and Me | Dams of The West 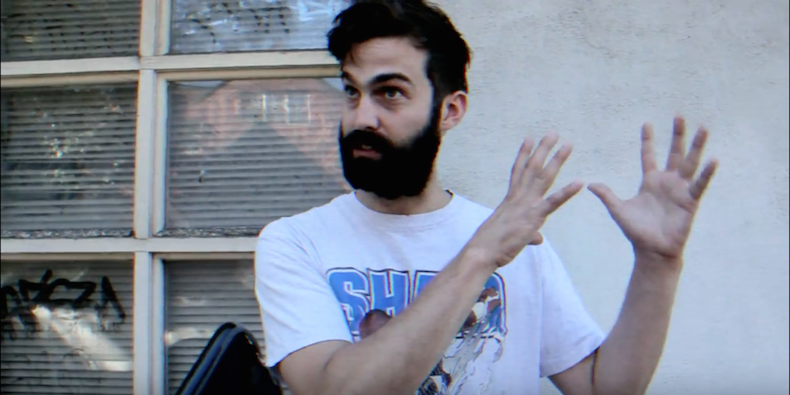 Image from article by Sheldon Pearce on Pitchfork, a screencap from Dams of The West’s music video, “Tell the Truth”

Dams of The West, aka the brainchild of Vampire Weekend’s drummer, Chris Tomson, is one of the newest indie-rock groups on the scene. Featuring the same quirky arrangements that our favorite Upper East Siders have given us before, “The Inerrancy of You and Me” is a track that will settle well with the hearts of even the most hardcore of Vampire Weekend fans.

You shouldn’t automatically associate the tune solely with your favorite Columbia grads, though. This song, with a prominent bass line and slightly unintelligible—yet genius when deciphered— lyrics, is the product of a powerful project all on its own.

“If we just tell the truth, there’s no need for absolution or confession,” Tomson croons, hinting at some subtle religious undertones featured in the song. He goes on to tell the story between him and a woman that he evidently cares a good deal about, and jokes that he’ll “make a pasta with a red sauce” when he knows that she’s PMSing. The trademark confusing yet distinguishable style that Vampire Weekend hones in their lyrics is obvious here as well, and totally wonderful.

While there isn’t an official release date for Dams of The West’s album yet, you can check out Tomson’s interview with Stereogum about his new project here, where he also discusses working with Patrick Carney of The Black Keys, life as a 30-something newlywed, and hints about the future of Vampire Weekend. Trust me when I urge you to read it, because you’ll become a believer in the music industry again as well.