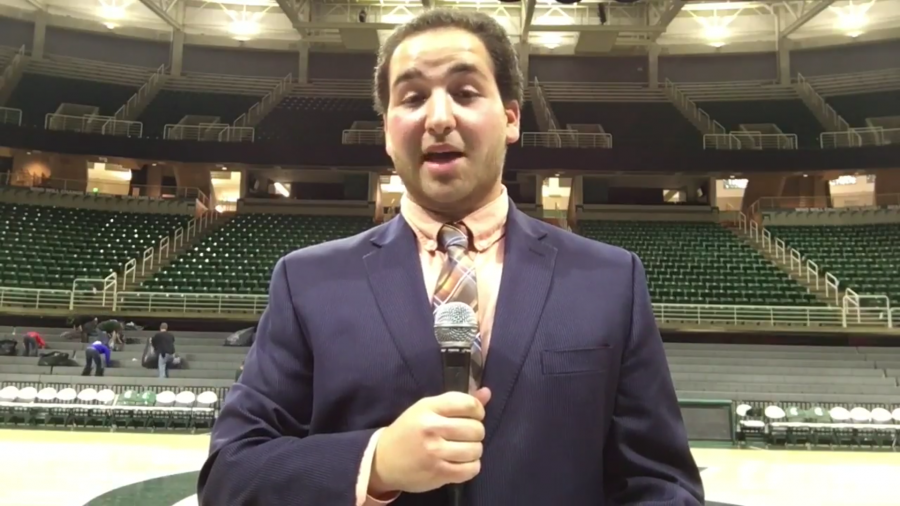 Michigan State (14-10 OVR, 6-5 B1G) and Jack Breslin Student Events Center played host to Iowa (14-11 OVR, 6-6 B1G) on Saturday evening, as both teams looked to get back on the winning track with the conference season winding down. But after 40 minutes of back-and-forth play, it was the Spartans who got a much-needed win in their first of four home games to close out the last five games of the season, trouncing the Hawkeyes 77-66.

The first half saw MSU shoot 42 percent from the field, while Iowa only shot 35 percent. The Spartans outrebounded Iowa 26-16, but also committed 12 turnovers to Iowa’s three. In their last game on the road in Ann Arbor, MSU gave the basketball away a whopping 21 times, most this season. The Hawkeyes scored 13 points off those Spartan turnovers, giving them a 32-31 lead after 20 minutes of play despite Miles Bridges’ 14 points for Michigan State.

Bridges’ second half was rather quiet, as he mustered only two points. But it was no problem for MSU, as his freshman teammates of Josh Langford, Nick Ward and Cassius Winston scored 28 points combined in the half.

Langford and Winston finished with 11 points apiece, and Ward ended up with 14 in 16 minutes, 10 of which coming in the second half. Only Kyle Ahrens and Matt Van Dyk, who played three minutes each, didn’t join the scoring party for MSU, as nine of the 11 players who saw court time notched points.

Coming into this game, MSU was 13-4 when committing 15 or fewer TO’s and 1-6 when committing more. MSU was also 6-1 when having fewer turnovers than its opponent, and 10-0 when it has an advantage in points off turnovers.

But still, as expected, he wasn’t pleased with MSU’s 21 turnovers, matching a season high of less than one week ago at Michigan.

“I can’t live with it,” he said. “I just don’t know if I understand it. It’s just frustrating. You can’t win in big games if you’re turning the ball over 21 times. We showed our players all the turnovers at Michigan and tried to understand that. But it was encouraging to see Cassius bounce back in the second half, Nick after sitting out, too. But I really am thrilled about the win. Those seniors might’ve won us the game with their defense down the stretch.”

Bridges’ 11 rebounds helped MSU pull away in the second half. In all, the Spartans corralled 14 offensive rebounds, something that Izzo has been praising to his team.

“He’s been emphasizing that to me, Josh and Nick all year,” Bridges said of Izzo. “We did that today, and we got a good result out of it.”

Langford finished 4-of-8 on FG’s and 3-of-6 from beyond the arc to collect 11 points and five rebounds in 21 minutes in one of his best games of the season, by his, and Izzo’s standards.

“I think you see what he can be. He’s got a ways to go and he’s got consistency issues, but I loved the way he played tonight,” he said.

The rotations for Michigan State have been relatively inconsistent all season long. Mostly in part due to not only injuries, but the roller coaster season that has showed itself in the win and loss column that the Spartans have endured.

“Rotations are going to be what they are,” Izzo explained. “If someone’s playing good, they’re just going to be in there. I can’t afford to let guys in there that aren’t playing as hard, with as much passion defensively or offensively.”

“Hopefully we’ll get better, because Tuesday’s not going to get any easier,” Izzo added before he stepped off the podium. “Back to work tomorrow.”