Tori Jankoska for Big Ten Player of the Year? 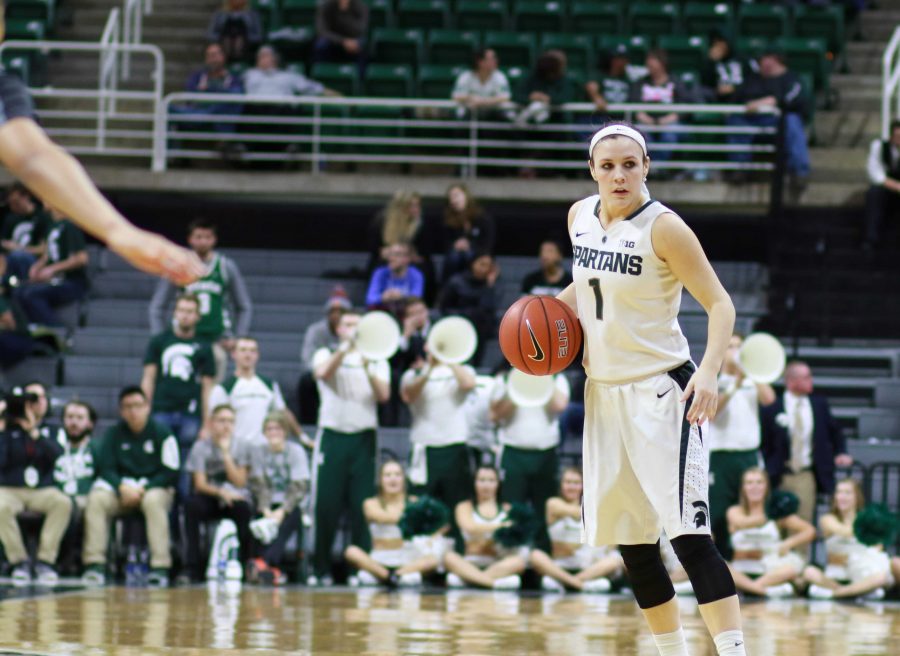 Michigan State senior guard Tori Jankoska has developed into one of the best players in the nation, which has put her atop award watch lists such as Big Ten Player of the Year.

The 5-foot-8 guard from Freeland, Mich. became Michigan State’s career scoring leader after scoring 42 points in the team’s win over Ohio State on Jan. 10. Currently, she is just six points away from becoming the only Spartan to reach 2,000 career points.

Jankoska stole the show when MSU and Northwestern met earlier this season, scoring 25 points and grabbing eight rebounds in the Spartans’ 76-65 loss. Coffey didn’t have her best game when the two teams met in mid-January, scoring just seven points and grabbing 11 rebounds. Jankoska will have her chance to outshine Jones when the Spartans and Terrapins meet on Sunday.

The Spartans? Well, they have just one scorer averaging more than 10 points per game: Jankoska. The next highest scoring Spartan is graduate transfer Taya Reimer, who averages 9.5 points per game.

The Big Ten Player of the Year award won’t be announced until early March, but the Freeland, Mich. native has a very strong case to take home the trophy.