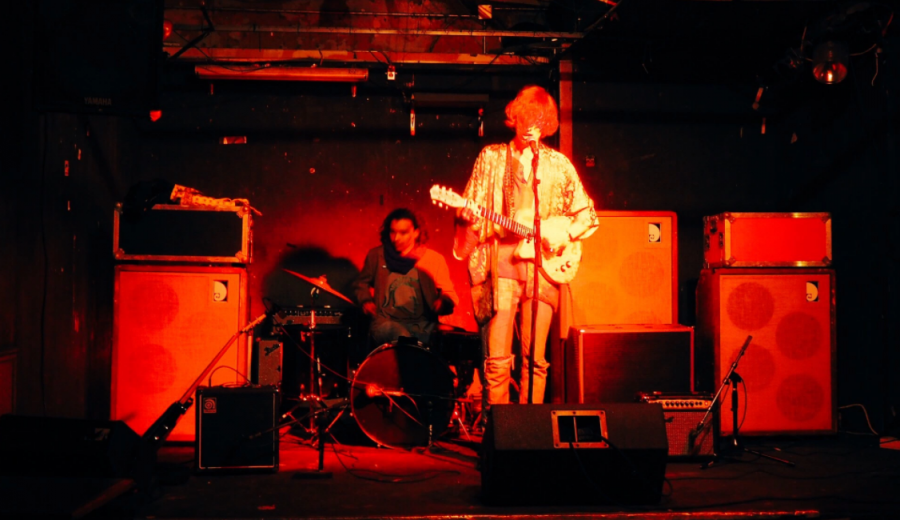 Formed at a lansing Fusion Show in August 2016, the duo, Your Mom’s Worst Nightmare, just released their debut album entitled Slime, two days after their show at Mac’s Bar.  You might have to see this longer name showing up more on gig flyers in the future. If the name doesn’t draw you in, their music will.

With Jaxon on drums, Dez on guitar—half the time they switch over and both master the vocal role.They identify themselves as garage punk and “shake-your-ass jams,” some of their influences are clearly can be recognized out, such like Sonic Youth- kind fuzzy, Lou Reed-kind lyrical, and Jimi Hendrix-kind funky. When elements all meet together, They don’t sound like anything existing. It’s authentic like that.

“I want to find something new and make some real art,” says Jaxon.

This 5-song EP is totally a nightmare, in a stimulating way. The entire listening experience brings you back to those moments when you wake up from full-blown dark nightmares, and suddenly realize they are incredibly plotty, engaging and fascinating,  the realization and illusion all in “Damn I wanna dream it again.”

On Something and Freaktastic, they align the noises and sinewy vocal of Jaxon, following the austere kick of massive drums which is also noticeable in the rest of tracks. Then come with the manic crescendo of guitar that penetrates the atmosphere, all the way towards a murky direction.

One track that stands out of named The Fool, featuring Dez’s don’t-give-a-damn vocal that right behind every single bluesy guitar rhythm played by the guest musician Stop Bobby Hatch.

Dez sings, “Drink to the fool, a crazy fool who told his baby ‘Goodbye’[…] He needs her. He wonders why he let her go. ” It sounds nonchalant and lazy, but intoxicating enough to get you trapped in an endearing whirlpool.

Slime is an album that shreds everything right in front of you by an overall air of garage and noisy punk. They are obscure, repulsive but it’s hard to look away. It is all just a nightmare–not only your mom’s.

As a newly formed band, they have done an ace job impressively.  Listen to Slime on Bandcamp. Like them on Facebook page for more update of upcoming shows.

Your Mom’s Worst Nightmare is playing a house show on Friday, Jan 27th in Mason, MI which features Stop Bobby Hatch in the lineup as well. Come down to the hole in the ground and get funky! 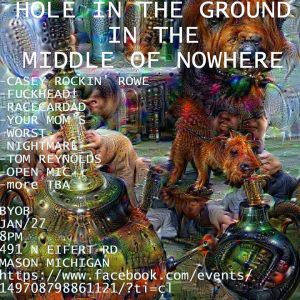