I Give You Power | Arcade Fire 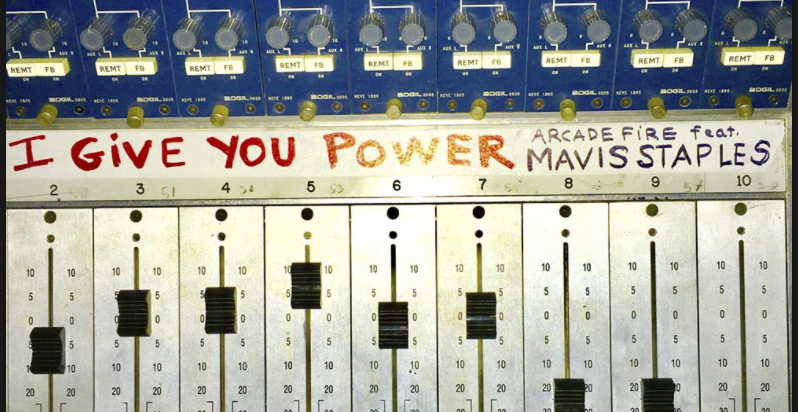 On January 19th, 2017, Arcade Fire released their first recording since their album Reflektor came out in 2013. Tweeting out a link to the new single “I Give You Power,” the band attached a short message to go with the song: “It’s never been more important that we stick together and take care of each other.” It was also stated that all proceeds from the song will benefit ACLU.org.

Though the song itself is simpler than past tracks, it still bears the distinctive spirit that the band is known for. Blues and gospel singer Mavis Staples is featured in the track, and her soulful vocals only add to the empowering vibe this song gives off.

Being released the day before the presidential inauguration, the politically-charged implications of the song are quite obvious. Even without the accompanying tweet, the lyrics say it all. “I give you power, I can take it away” is used in repetition throughout the song, a message that could very well be applied to any elected official.

Rumors say that Arcade Fire have finished recording their newest album and it is going to be released in 2017.