Impacter’s Choice | Tunes by Ladies, in solidarity of The Women’s March 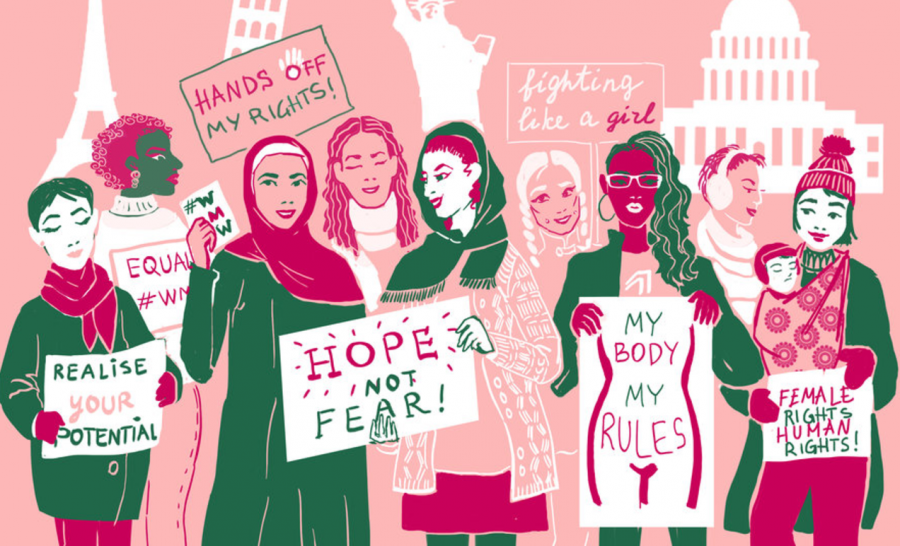 Photo from Redilon on DeviantArt

On Saturday, January 21st—a day after the inauguration of Donald Trump—women across the globe marched proudly on to fight for their rights, racial equality, LGBTQIA+ rights, immigration reform, and many other issues that society is currently facing.

While the first protest was planned to only stake its claim in Washington D.C., the news of the protest located there caught fire and turned into a worldwide movement that allowed millions of women to go down in history, right next to the likes of Susan B. Anthony and Elizabeth Cady Stanton.

Though I myself couldn’t make it to the march that took place right here in Lansing, I’ve never felt prouder to be a woman than on that day. Years of injustice, years of oppression, years of unfair treatment due to being a “weaker” gender — it’s all reaching its boiling point.

This march itself isn’t going to put an automatic halt to this timeless struggle, but it sure is the beginning of something greater than one unfair paycheck. This battle signals a bumpy road ahead, but it’s one that we have plenty of ammo—and witty signs—prepped for.

Because of this immense pride that I, and my fellow Impacters, have felt recently, we decided to put together a playlist solely dedicated to the most strong and badass ladies that grace the music industry. After all, trying to feel the inner-struggles that females face can only be sung best by those who identify as one.

If supporting women and girl power are current trends on the charts, then I think it’s safe to say that this craze is one that 89FM can fully get behind. Just know that we’re also going to make sure that it’s painfully difficult for you to not as well.