King Gizzard and the Lizard Wizard | Over & Under

This is the year psychedelic rock group King Gizzard and the Lizard Wizard “broke out” with the release of Nonagon Infinity, their eighth full-length album. 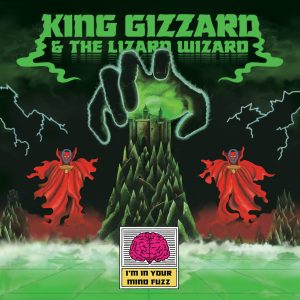 I’m In Your Mind Fuzz

Disclaimer — I do like this album, but that doesn’t mean I can’t also think that it is overrated. To some, this album is sort of a Nonagon Infinity-lite in that the songs contain repeated musical motifs throughout the piece. I will agree that, in retrospect, this album could be viewed as a sign of things to come, but the tracklist does not seamlessly transition from front to back to front again like Nonagon Infinity.

Save for the first four tracks, the tracks don’t flow into one another at all. At one point, “Empty” stops and “Hot Water” just begins before the track number changes, but one does not flow into the other. The first four tracks almost seem to be an extended jam session (or variations on a theme, if you prefer) that is just broken up into four tracks. This goes beyond the point of repeated motifs to just being “I’m in Your Mind” with “Cellophane” emerging before the music recedes back into “I’m in Your Mind.” 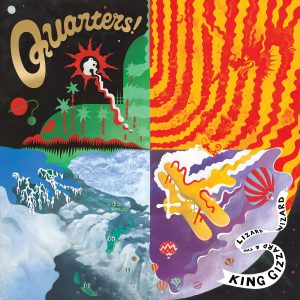 My pick for underrated is their 2015 release comprised of four songs lasting ten minutes and ten seconds each. I don’t think this record gets a fair shake because, to some, the track lengths suggest meandering or the dreaded label of “noodling” rather than the compact and chaotic King Gizzard they hear on other records.

I felt that the group was allowing their ideas to be fully fleshed out with this release. This record is also a nice change of pace from the controlled chaos of other releases as it features a more laid back sound and shows them exploring more folk elements.