Splatoon | We Play It For the Music 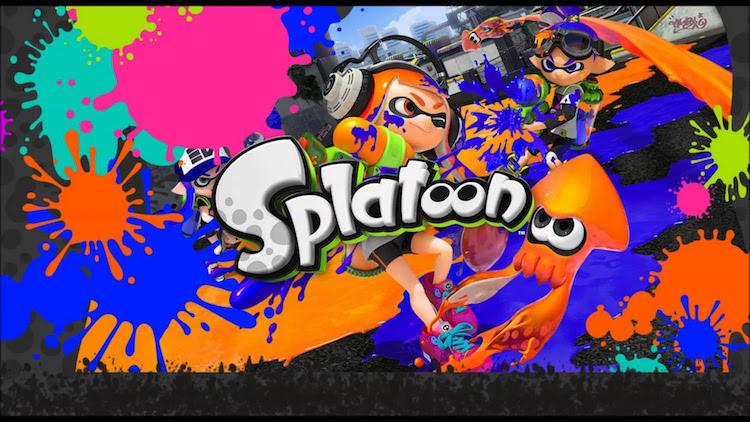 Splatoon is a strange game.

Released last year on the Wii U, it was Nintendo’s critically-acclaimed foray into the massive competitive online shooter genre. It plays similarly to most shooters, except instead of bullets, players shoot brightly-colored ink. Instead of targeting each other, they compete to cover the map with their own color. And instead of soldiers, players are children…er, post-apocalyptic human-squid-hybrid children.

On second thought, Splatoon is nothing like other shooters.

In addition to being really weird, the game’s aesthetic tiptoes between mainstream otaku-pop and J-punk, with a healthy dose of 90s ‘tude thrown in for good measure. Like Jet Set Radio before it, this oversaturated, rebellious mess is scored with some incredible music.

Tight punk drums, gritty guitars, a thick bassline and a gurgling voice screaming gibberish. No, that’s not Japanese. That’s the “language” Nintendo made up for their squid-like characters. This track has a really unique chord progression, but it’s easy to miss beneath all the energy.

A track from Splatoon’s single-player campaign, this light electro-groove is primarily comprised of burp sounds.

Oh yeah, I forgot to mention — there are J-pop idols in the Splatoon universe. Their names are Callie and Marie — another squid pun — and during the discontinued “Splatfest” events, they take over the game, and turn it into a neon confetti wonderland. All the music was replaced by gibberish pop songs like this one.

A heavy-set multiplayer theme with an overwhelming drum performance. This song absolutely gallops.

What kind of game puts a breakbeat behind an overworld theme?

Every Splatoon player knows and fears this song. It plays for the final minute of every match, spurring the already-frantic game into an uncontrollable mess. It doesn’t help that this song’s relentless snare on every beat sounds like a countdown.

Splatoon is a game that finds ways to be incredibly strange at every turn, from its gameplay to its characters, and its widely varied soundtrack is no exception. In a gaming world increasingly devoid of new, fresh risks, composers Toru Minegishi and Shiho Fujii deliver a shot of J-punk adrenaline.