Michigan State Celebrates 50th Anniversary of Game of the Century 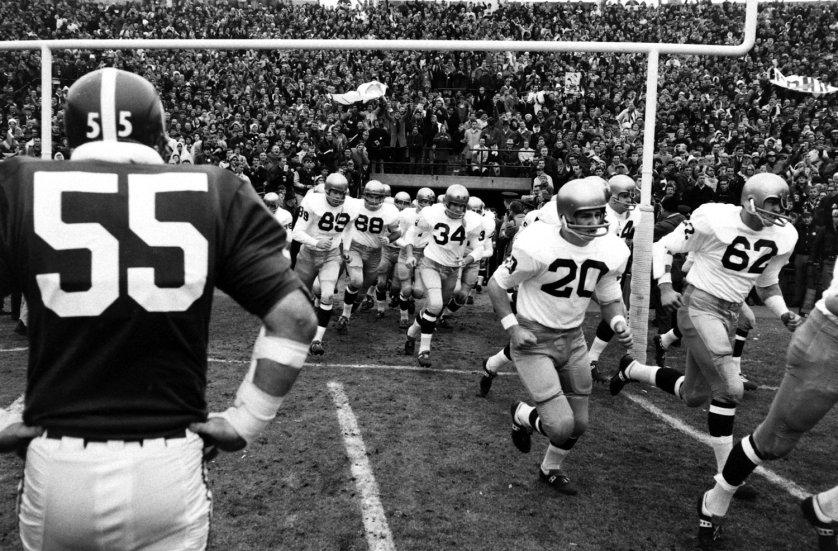 Saturday marks the 50th anniversary of one of the most famous games in college football history, “The Game of the Century,” when No. 2 Michigan State played No. 1 Notre Dame in 1966. The game infamously ended in a 10-10 tie. This led to MSU winning their second National Championship in a row.

That’s just a part of the tale. What made the 1965 and 1966 National Champion teams so special was hall of fame coach, Duffy Daugherty’s ability to see past race and recruit players of all nationalities during one of the most tumultuous times in the United States in terms of civil rights.

For these integrated Spartan teams to go out and win back-to-back titles, it sent a message of what can be accomplished when differences are put aside, in a period where many didn’t think that way. Daugherty was backed by the forward thinking MSU administration and supported by a free-thinking student body.

The story has slowly been pushed to the shadows over the years, but now thanks to a documentary produced by former players the story lives on. “Men of Sparta” displays the historical significance of this team for not only college football, but the whole country.

This audio feature tells the story of former players and their account of how ground breaking this team was in terms of civil rights. Their message of living “colorblind,” is applicable to today’s world and how seeing past differences can lead to some great things.