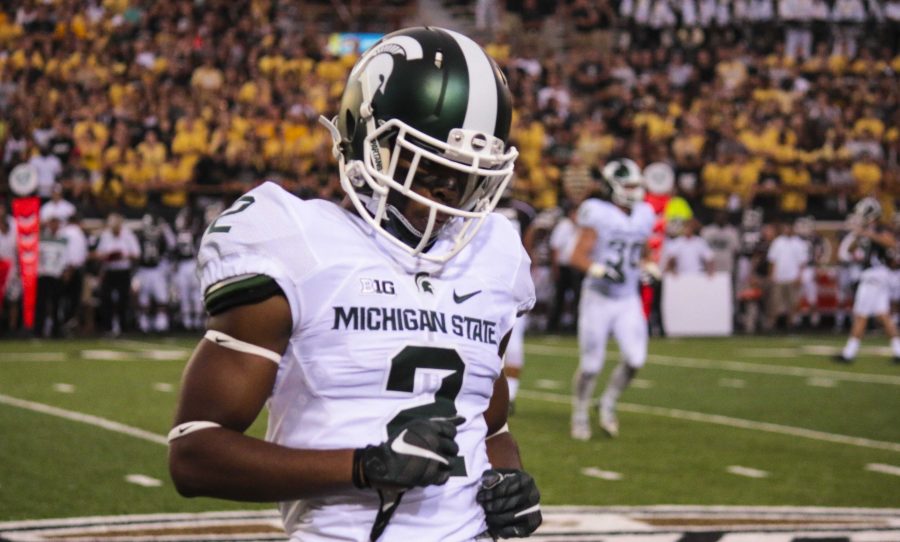 Michigan State gave No. 2 Ohio State a scare, but the result was the same. Just when things seem as if they cannot get any worse for the Spartans, they find a way to make it happen.

Some may look at the Spartans’ 17-16 loss to the Buckeyes at Spartan Stadium on Saturday as a moral victory. After all, the 22.5-point underdogs had a chance to knock off a potential playoff team. But this is exactly why the loss is disappointing. The Spartans had a chance, but yet again fell short. Here are three takeaways from the Ohio State game.

Missed Opportunities
This has been a theme all year for the Spartans. It is painful to think that MSU could have pulled off one of the biggest upsets of the season had they taken advantage of the opportunities OSU was giving them.

Spartan coach Mark Dantonio is known for running trick plays. In the fourth quarter, he called a direct snap to linebacker Chris Frey on a fake punt. Frey received the ball and proceeded to march deep into Buckeye territory for a big gain.

MSU was rolling on all cylinders until they got flagged for offensive holding later that drive, which pushed them out of field goal range. The Spartans had a major chance to turn the tide of the game, but ruined it due to a mental mistake.

Late in the fourth quarter, LJ Scott led a big Spartan drive for a touchdown. The Spartans were an extra point away from tying the game at 17. But instead of taking the point, Dantonio decided to go for two.

The two-point conversion was picked off, putting MSU in a difficult situation. The decision to go for two was controversial. Some may say it was a great decision because if successful, MSU would have taken the lead late in the fourth quarter. Others may say it was a poor decision because if they played it safe and kicked the PAT, the Spartans could have won the game in overtime. Either way, the Spartans had a huge opportunity to either tie or take the lead with only a few minutes remaining, and they blew it.

LJ Scott is a Machine
Scott was just about the only guy who had any offensive production for the Spartans. He finished with 160 yards on the ground and 76 more through the air. He has rushed for over 100 yards in four of his past five contests.

Scott has improved enormously since week one. Back in September, it appeared that he only had one style: run the ball down the defense’s throats. He was strictly a north-south tailback who would dive straight at defenders.

This style of play is admirable, but Scott has expanded since then. He is turning into a Le’Veon Bell type player due to the fact that his vision and patience have improved. He is beginning to understand how to wait for a play to develop and hit the hole with a purpose.

Scott, only a sophomore, is primed for greatness. If he improves his speed and quickness, there is no telling what he will accomplish.

MSU Actually Sacked the Quarterback
We have been waiting for it for weeks. We knew it was coming; it was only a matter of when. MSU finally got a sack. In fact, they got three of them.

Demetrius Cooper had one solo sack against the Buckeyes, while Shane Jones, Chris Frey, Mike Panasuik and Robert Bowers each got 0.5 sacks.

Before week 11, MSU had only seven sacks on the season. Multiple players in the FBS had more sacks than MSU had as a team. The Spartans blitz often, but this week it finally worked against one of the most versatile quarterbacks in the nation in Barrett.