Spartans Push Through to Make Their Record 2-0 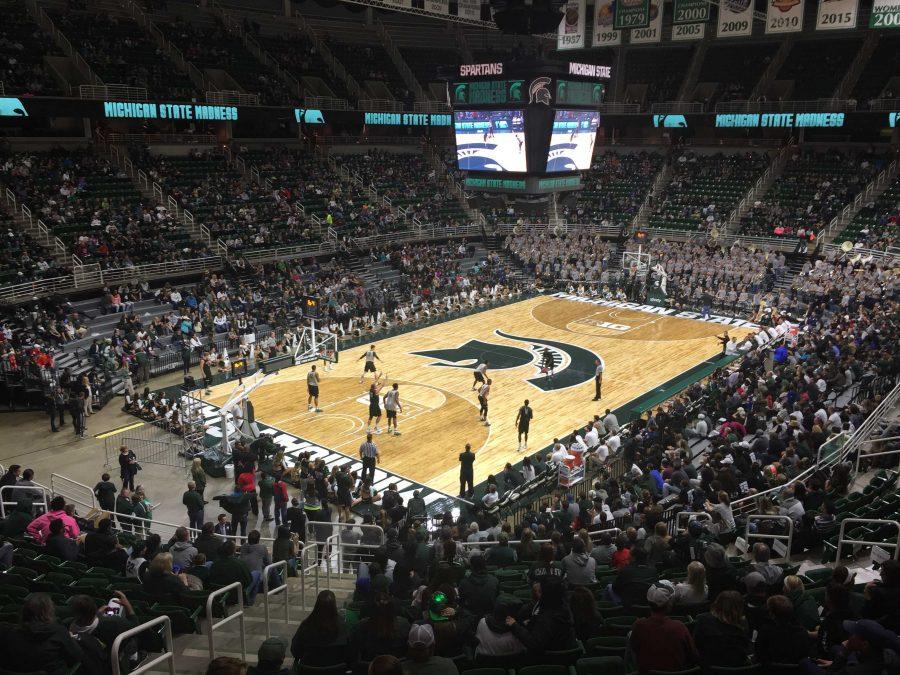 No. 22 Michigan State had a hard-fought battle against the Wyoming Cowgirls Sunday, at the Breslin Center, but the Lady Spartans pulled through and went on to win their second game of the season,63-51.

“I don’t think we played well at all,” coach Suzy Merchant said. “We looked tired and flat.”.

Wyoming came out the gate hitting a three pointer in the first two minutes of the game and they would go 5-for-10 beyond the arc for the game. The Cowgirls also outrebounded the Spartans 32-29, but with the help from senior guard Tori Jankoska, who was the leading scorer with 22 points, and Notre Dame graduate transfer Taya Reimer, who put up 18 points and seven rebounds, the Spartans went on to claim another victory.

“I was proud of the fact that she [Reimer] really stepped up and was aggressive offensively today,” Merchant said.

Reimer stepped out and showed her true Notre Dame roots. She was posting up, grabbing rebounds, and shooting 15-footers. Not only did she show up offensively, but she helped on the defensive end as well, grabbing five defensive rebounds.

“I think last game against Davidson I did a lot better defensively and rebounding wise,” Reimer said. “I think this game I was better offensively but I really wasn’t happy the way I played defensively.”

Branndais Agee showed up defensively for the Spartans. She grabbed 10 rebounds, six being defensive, two blocks and four steals, bringing all types of havoc to the Cowgirls offense.

“We just talked to her about fighting through fatigue better so she could get in shape,” Merchant said, “and the second thing was focusing on defense and rebounds, and I thought she was big for us. She had some great loose ball situations, she was doubling the ball getting jump balls and she was getting boards.”

MSU might not have shot the ball as well as they wanted to, averaging 38.9 percent from the field and only 38.5 percent beyond the arc, but the senior players came up big and showed their experience.

Michigan State’s next game is at home Tuesday against SWAC member Southern at 7 p.m. With the hopeful return of sophomore center Jenna Allen, who injured herself during the exhibition game against Northwood, the Spartans will look to head into their road game at Western Michigan 3-0.