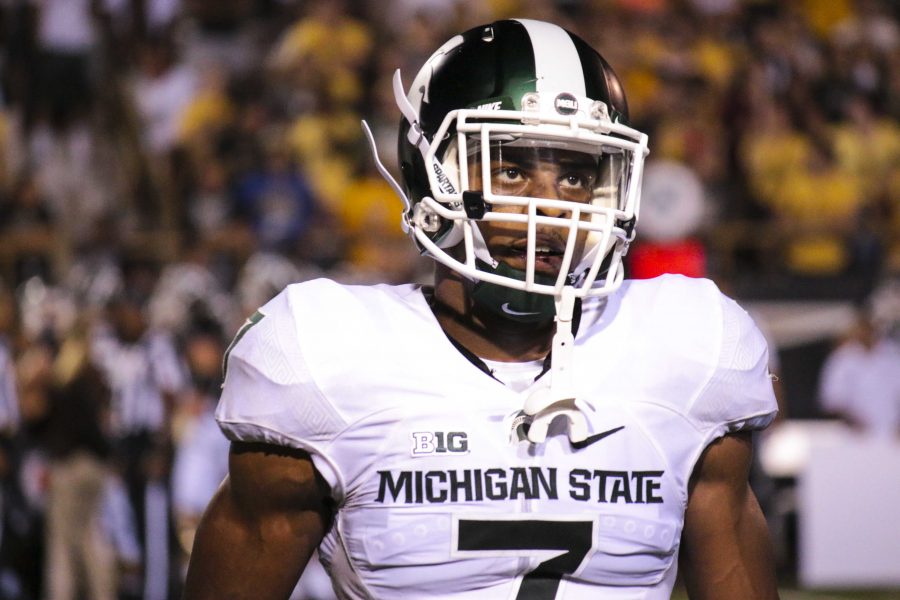 The Cubs won the World Series, LeBron won a championship in Cleveland and Michigan State is about to fight Rutgers to avoid becoming last place in the Big Ten. What’s next, the Lions win the Super Bowl?

The Spartans’ 2016 motto “Back2Back” is a mockery of what it was ten weeks ago. Back then, Spartan football looked bright and some considered MSU to re-enter the College Football Playoff. Fast forward to early November, and MSU has fallen out of bowl game contention.

Michigan State is a perfect example of what happens to a team that does not believe in itself. Danger was thrown their way early with a scary season opener. A few weeks later, Wisconsin blew them out. This was adversity they would never recover from.

Michigan State could not weather the storm caused by Wisconsin. Rather than rally together and stride toward improvement, they curled up in a fetal position and gave up on the season.

This analogy is harsh, but it sums up the spinelessness the Spartans have shown in recent weeks. Is anyone going to argue that Illinois has the same level of talent that MSU has? No, yet the Illini disposed of the Spartans just like every other Big Ten team did.

Everyone has given up on the Spartans. It started with the mainstream media, then the fans and finally the players and coaching staff. The Spartans do not have fun on game day anymore. They are just going through the motions. They put forth the minimum amount of effort required to keep themselves in the game, and then hit cruise control for the second half.

The Spartans play as if they are still in week one. Take a look at some of their losses. They lost to Indiana on a last-second personal foul. They lost to Northwestern largely due to giving up a kick return for a touchdown in the fourth quarter. They lost to Michigan due to multiple wasted opportunities.

Lastly, they blew the Illinois game with two consecutive pass interference calls on Tyson Smith, practically handing the Illini the game-winning touchdown on a silver platter. Still, the Spartans had a chance to win if Damion Terry could have completed a simple screen pass to Gerald Holmes that would have given them a first and goal with seconds remaining. But Terry missed the short completion.

Every week has the same story. Michigan State starts strong and makes fans believe that they have turned a corner, only to find an improbable way to blow the game by the fourth quarter. The Spartans are lifeless. They have so much talent, yet they devastate themselves with poor chemistry, lack of execution and mental mistakes.

Much of the Spartans’ struggles can be blamed on the seniors. It is their job to lead and constantly push their teammates to be on point. The coaching staff will always demand perfection, but it means a lot more when upperclassmen do the same.

The chip on the shoulder mentality from 2015 has disintegrated. The Spartans have officially given up on the year. Even after showing promising signs against No. 3 Michigan, they bounced back to play what was possibly worst game of the year against an awful Illinois team.

MSU’s senior class has failed Mark Dantonio, and it is time to develop younger players. Many fans want to see underclassmen gain minutes so they will be more prepared for upcoming seasons.

But there is more to it than this. Dantonio should play his underclassmen because the upperclassmen, and especially seniors, threw in the towel weeks ago. They have given up and are ready for the season to be over. They play with neither fight nor resilience and give far less than 100 percent every play. Any player with this ideology deserves to ride the bench.