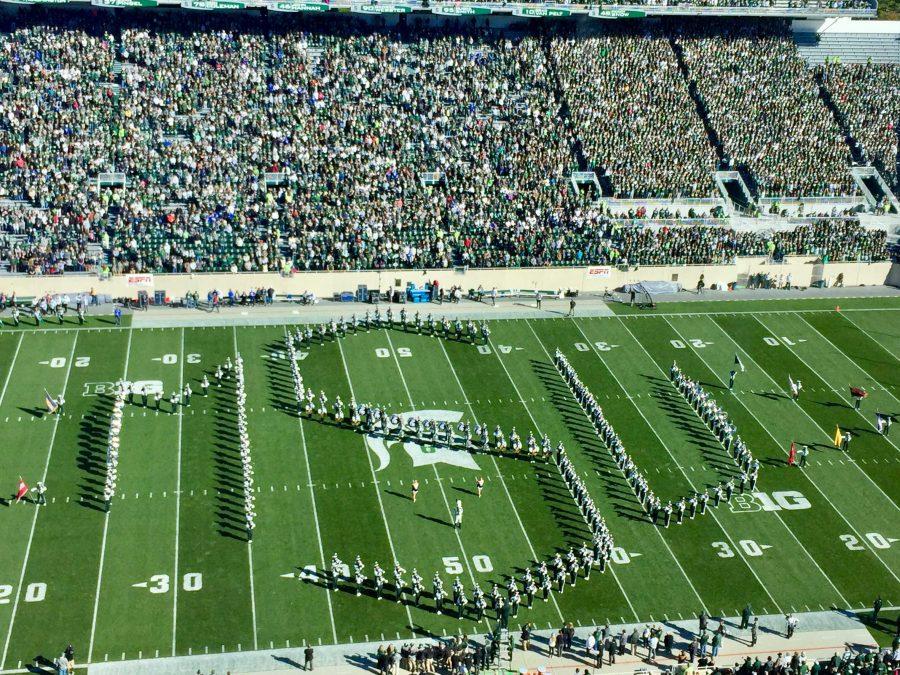 Michigan State football has gone from playoff to pushover in the course of one season. For weeks, fans and analysts have pinpointed to a number of problems with the Spartans. They criticize MSU for poor quarterback play, they disapprove of the secondary and they grumble over the offensive line. And this only scratches the surface.

However, there is one positive thing about the 2016 Michigan State Spartans. In fact, it is incredibly positive. Nobody is talking about it, yet it is hidden in plain view.

While most people weep over the loss of the 2015 senior class, they forget that a new class of talent is currently in the making. Take a look at MSU’s depth chart. There is an astonishing amount of underclassmen, particularly freshmen, on it. Not only are these underclassmen on the roster, but they are playing. And they’re playing quite well considering their youth.

Let’s start at the most important position: quarterback. Brian Lewerke has been a pretty hit or miss guy thus far, but does anyone doubt his talent and potential? This redshirt freshman has plenty of time to be nurtured by the Dantonio process and may be MSU’s starting quarterback for the next three years.

Now let’s take a gander at the running back position. LJ Scott has certainly made his mark in recent weeks as a reliable tailback. But many people forget that the man who put up 139 yards against the alleged No. 1 defense in the nation is only a sophomore. He’s got plenty more time in the green and white. Right on Scott’s tail is Madre London—another solid sophomore back.

What about receivers? They have Donnie Corley, Trishton Jackson, Cameron Chambers and Darrell Stewart. Each of these men are freshman and have seen action this season, especially Corley who has made his mark as one of MSU’s top wideouts. Felton Davis III will also be around for the next two years as a sophomore.

Now let’s turn to the defense. On the line, they have Raequan Williams and Josh King. Each are freshmen and have seen a significant amount of minutes. The linebacking corps has sophomore Andrew Dowell and junior Jon Reschke.  Although Reschke is an upperclassman, he may become eligible for a medical redshirt. If this is the case, he will graduate with current MSU underclassmen.

Lastly, there is the secondary. Safeties Khari Willis and Grayson Miller are sophomores and have often played over upperclassmen Demetrius Cox and Montae Nicholson. Cornerbacks Tyson Smith and Vayante Copeland have also seen plenty of playing time as sophomores along with freshmen Justin Layne and Josh Butler.

These eighteen players listed above are not just random underclassmen on MSU’s roster. They are men who have competed for, if not secured, the starting job over upperclassmen. They are rookies who often outplay veterans. That said, they have plenty to work on. After all, they are young. But a ridiculous amount of potential appears to be on the horizon for MSU football.

You can almost put together MSU’s roster for two years down the road. For most teams, the burning question reporters ask coaches in the offseason is “how will you replace [insert name here?]”

But for MSU, these questions are practically answered. The Spartans have a fair share of seniors in their lineup, but is anyone going to mourn the loss of guys like Tyler O’Connor, Demetrius Cox and Monty Madaris when Brian Lewerke, Grayson Miller and Donnie Corley are just around the corner?

Yes, the Spartans are going through a rough patch. But as Guns N’ Roses would say, “Don’t you cry tonight, there’s a heaven above you.” Wait a year or two, and Sparty will be back on its feet. But this time, they may be better than we have ever seen in the Dantonio era.