Tips for choosing your Topsters Top50 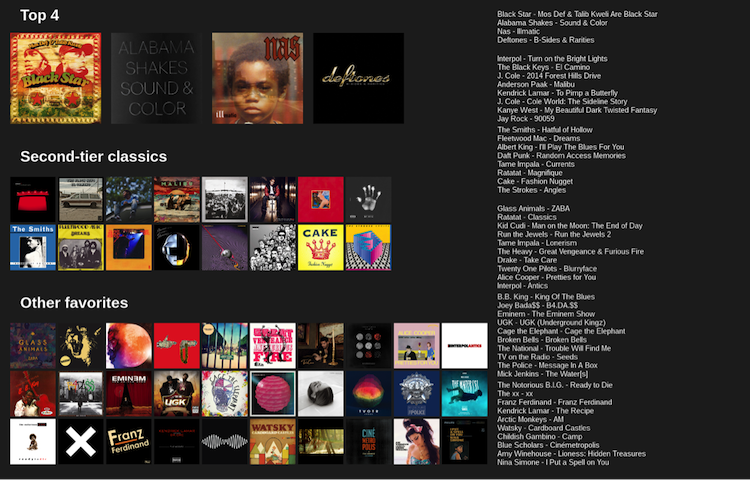 Topsters Top50 is a recent social media trend making its rounds. Simply put, it’s a way for people to share their favorite albums in collage-form.

The process itself is fairly straight forward, if you would like to create your own collage, just go here and get started. All you have to do is select a preferred square, and then type in an album name. If they don’t have the album on their list, you may insert your own image and title.

Now comes the hard part — How in the world do you pick your top 50 albums? Some people may have too many favorite albums, and have to narrow down your choices. Others might have trouble just finding 50 albums they like.

Here are a few tips that I picked up while choosing my own Top50.

I kept running into this problem where I wanted to pick the objectively amazing albums for the higher ranking portions of my top 50. Albums like Pink Floyd’s Dark Side of the Moon or Radiohead’s OK Computer. These albums are undeniably aknowledeged as amazing, legendary, and hardly surprising as a top album. But as much as I love those two albums, it’s not particularily meaningful to me at all.

Imagine you end up on that island on LOST and the only item of yours that survived is a CD case containing 50 albums, as well as a Sony Walkman.

How many times can you listen to Summer Sixteen before it starts to annoy you a little? Choose albums that just get better every time you listen to them.

On the other hand, don’t be afraid to add any album that you really love. Nobody can tell you that an album doesn’t belong on there.

The main idea of this whole process is figuring out what you love. If you love all five Taylor Swift albums, put all of them on there. If you love some tiny band that really only exists in your small hometown of 300 people, put it on there too. Your music tastes are comletely your own, regardless of whether other people disagree.

Only like one song on the album, and not sure if you want to put the whole thing up there? Do it anyway.

What are you going to do if you end up alone on an island, and can’t listen to Parquet Courts because you thought that “Dear Ramona” was the only good song on Sunbathing Animal?

Having Top 4 albums of all time is fairly impossible, so don’t worry if you aren’t satisfied with them. 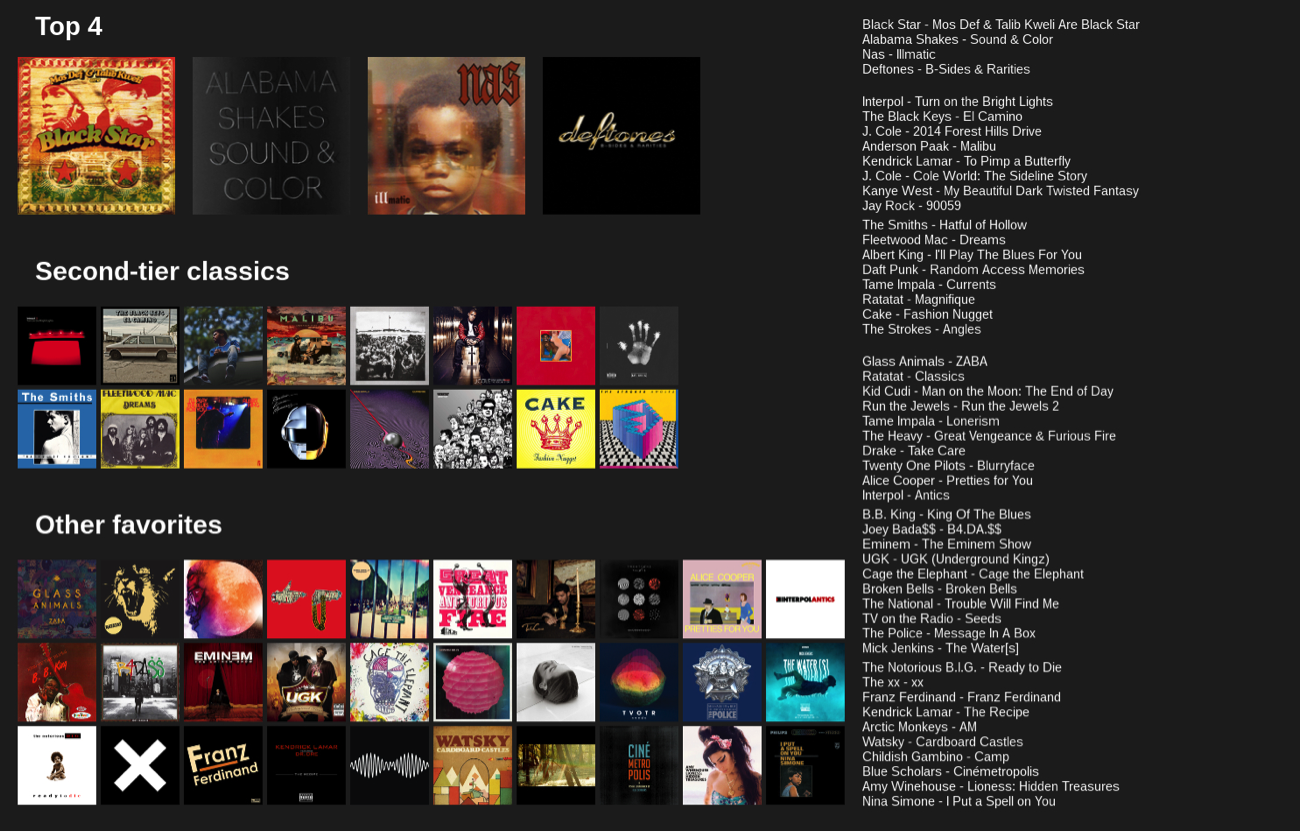