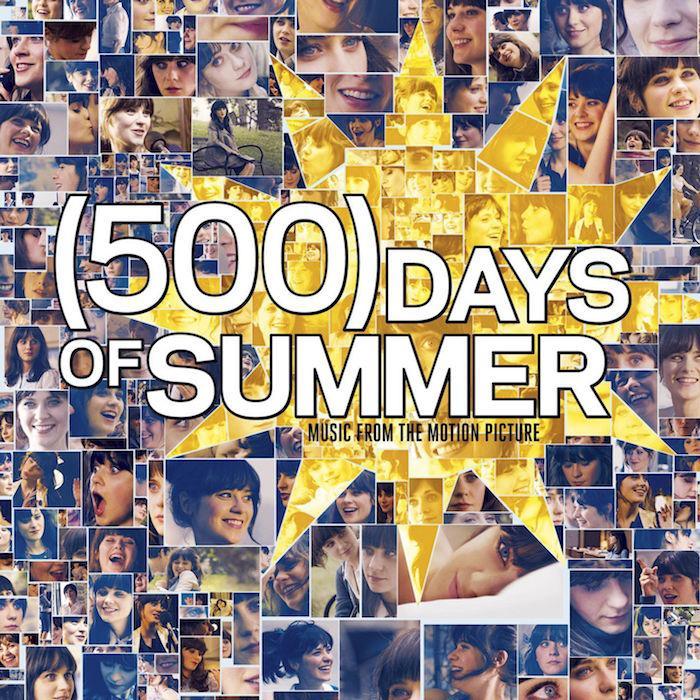 A classic story of boy-meets-girl, except this time around, the entire plot is spun to make up for the fact that girl-isn’t-that-enamored-with-boy while boy-loves-girl. One of the most popular indie movies of the 2000s, (500) Days of Summer highlights the ups-and-downs of the casual relationship between aspiring architect Tom Hansen (Joseph Gordon-Levitt) and commitment-fearing Summer Finn (Zooey Deschanel), who meet by a “chance of fate” at a dingy greeting card company in New York City.

While I myself love a good ol’ indie rom-com — and have an undying passion for Joseph Gordon-Levitt — my adoration for this movie solely stems from its soundtrack that parallels it to none. Fitting the independent and quirky nature of the film, the music plays just as much of an important role as the backdrop of the bustling city itself.

“Us” by Regina Spektor

The fast nature of this song, coupled with the urgency of quick piano playing, sets the scene as the movie begins by flipping through old pictures and videos from Tom and Summer’s youth. The nostalgic feel of sepia-toned Polaroids is emphasized even more by Spektor’s notoriously unconventional voice, laying the foundation for the indie flick in a perfect fashion.

Melodramatic and brooding, “Please Please Please Let Me Get What I Want” streams through Tom’s computer at his cubicle, acting as a lame attempt to catch Summer’s eye from across the office. The whole concept of this is incredibly relatable, being that most have been guilty of trying to impress a love interest in a grossly obvious manner once or twice in their lives. The somber feel of The Smith’s makes Tom’s feelings of unrequited love that much more justified.

“You Make My Dreams” by Hall & Oates

While the song is a classic jam all on its own, it’s even sweeter when played after a long-awaited victory—in this case, after Tom’s first night spent with Summer. Strolling through the streets of New York and dancing with every stranger he encounters, he celebrates in the sunny morning with a disposition greater than he’s had in the recent past. The electric guitars in this stock Hall & Oates song makes it easy to see how Tom doesn’t care how foolish he looks to the general public eye.

“There Goes The Fear” by Doves

Running giddily through a superstore and playing make-believe in the wonders it holds is the ultimate adventurous dream. However, the concept is far too cinematic to be incorporated into reality, so it’s fitting that Tom and Summer wander Ikea doing this exact same thing. “There Goes The Fear” accompanies the two as they pretend to be husband and wife exploring their new home, and the upbeat tempo of the song gives the audience hope that this fantasy could turn into an actuality.

“Sweet Disposition” by The Temper Trap

Purely alive and beating, the energy of “Sweet Disposition” is endless. This exact feeling describes how Tom appears to feel while him and Summer are reunited on a train while headed to an old coworkers wedding. The scene, which shows the two of them laughing easily in the light of golden hour, is so simple yet so magical, much like The Temper Trap’s greatest hit. Arguably, this song encompasses the infinite feel of the movie better than any other song on the soundtrack.

Hailing yet another Regina Spektor song, “Hero” serves as a backdrop to a scene where Tom goes to a party that Summer holds after the two break up, with him having hopeful visions of them reconciling paired next to what happens in reality. The moment is dripping with disappointment and pity, and it’s only obvious that, with the ballad’s pessimistic lyrics, Tom is only there to save his own peace of mind.

While (500) Days of Summer is aesthetically pleasing and artistically thoughtful on its own, there’s no argument that the music chosen for the soundtrack aids in setting the scene of Tom and Summer’s tumultuous romance.  Enveloping the indie genre of the film and the lonely nature of finding oneself in their young adult years the dreamy soundtrack of the film makes watching it that much more enjoyable, and creates a plot that’s more relatable than any Hollywood blockbuster.