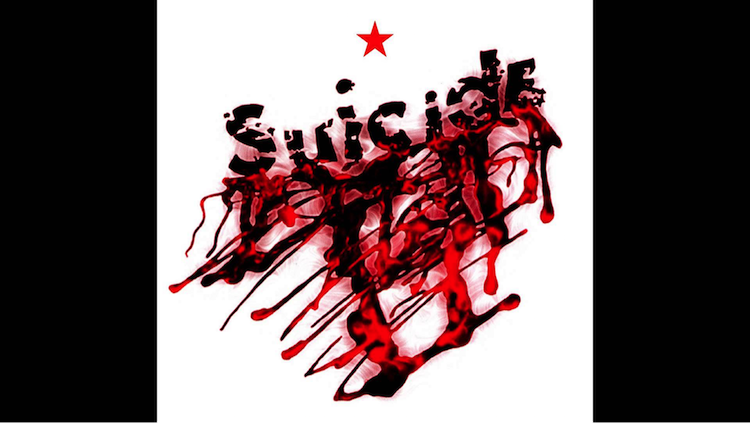 It’s not very often that a song evokes pure horror in the listener. Something so abrasive and filled with shrieks of terror that overpower the music and come without warning. This is what makes “Frankie Teardrop” such a perfect Halloween Jam. It’s a horror movie over the course of a 10 minute synth-punk bolt of lightning.

Released by Suicide in 1977, Alan Vega spins a tale of a man who comes home from work, murders his family, and kills himself. Vega screams with anguish and the track clips while the relentless drum keeps pounding away like a torture machine.

As the song progresses, the sounds of Frankie falling towards Hell plays on over the steady instrumental. Eventually, Vega proclaims, “Frankie’s lying in Hell” followed by the loudest screech on the track yet. He doesn’t forget to remind us later on that we are all Frankie, and we are all lying in Hell.

This Halloween, sit back, relax, turn off your lights, and spin “Frankie Teardrop” in memory of the late Alan Vega. Who knows, it might actually make you jump.