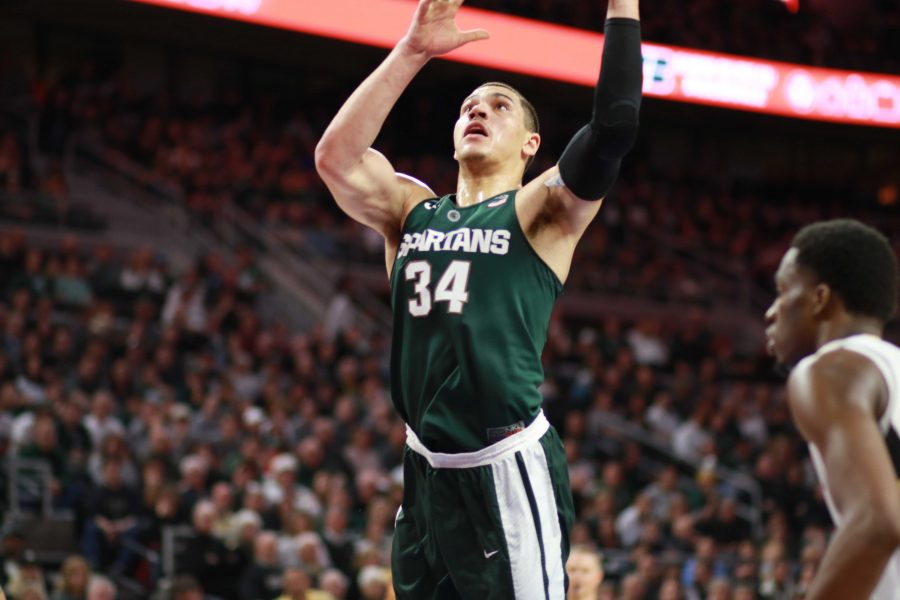 Senior forward Gavin Schilling injured his right knee during practice on Friday, according to a press release from Michigan State.

Similar to graduate transfer Ben Carter, Schilling injured it on a non-contact play. He will have surgery and there is no timetable for his return.

“This is certainly an unfortunate setback for Gavin, as he had been practicing very well,” said MSU coach Tom Izzo in a statement. “He had an incredible summer and was in excellent shape as he was ready to make his senior season his best one yet.”

Losing Schilling for any period of time is something that MSU definitely could not afford after the loss of Carter. Now the only true center on the team is 6-foot-9 freshman Nick Ward. Fellow freshman Miles Bridges can play power forward, as can redshirt sophomore Kenny Goins. An already depleted front line just got thinner.

Schilling averaged 3.8 points and 3.1 rebounds per game last season playing behind Matt Costello and Deyonta Davis. This was supposed to be his “breakout year,” but that looks to be put on hold as of right now.

Until a timetable is determined for his return, we won’t know for sure how long the Spartans will be thin on big men, or if their Final Four hopes will be in jeopardy.