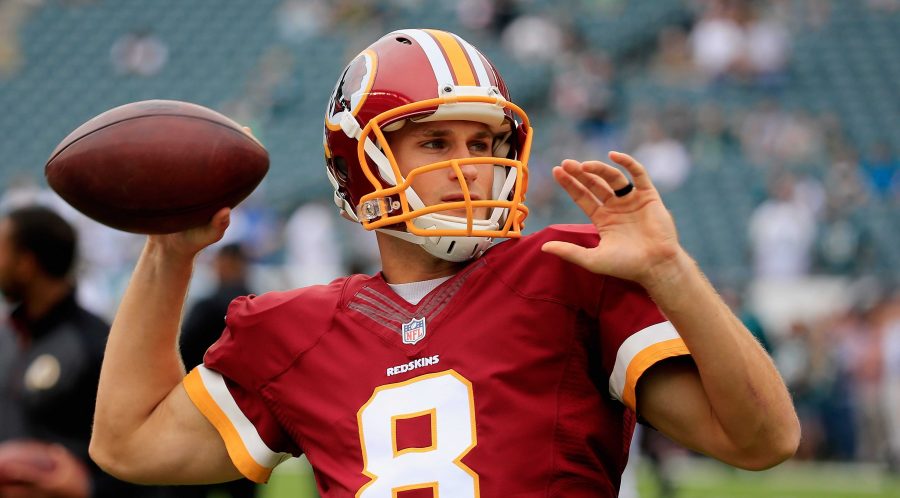 This past Sunday, former Michigan State quarterback (2007-11), and now Washington Redskins quarterback Kirk Cousins helped put up another win for the nation’s capital. Washington has won their last four games despite starting the year 0-2, and are now just one game behind the Dallas Cowboys for first place in the NFC East. This game against the Philadelphia Eagles was a key match for the division as whole and could have major implications in the long run.

It had been just over a year since Cousins got his first NFL start since 2013, but even so, he went out on the field in front of his home crowd in burgundy and gold, stormed out of the tunnel and led his team like he had been doing it for years.

Cousins threw for 263 yards and two touchdowns, going 18-of-34. Cousins played a relatively consistent game despite both touchdowns coming in the first half. The first was a 16-yard pass, beautifully placed, to Jamison Crowder to close out the first quarter and give the Redskins a 7-0 lead. His second TD was a 13-yard bullet to Vernon Davis, who was starting in place of injured tight end Jordan Reed. The Redskins were able to hold off the Eagles with the final score of 27-20.

After the game Cousins credited his team in an interview with NFL.com, saying “it was a total team win… it took everybody” and that they need to keep going one week at a time.

Next week Cousins will be taking a trip back to Michigan, as Washington will take on the Detroit Lions.