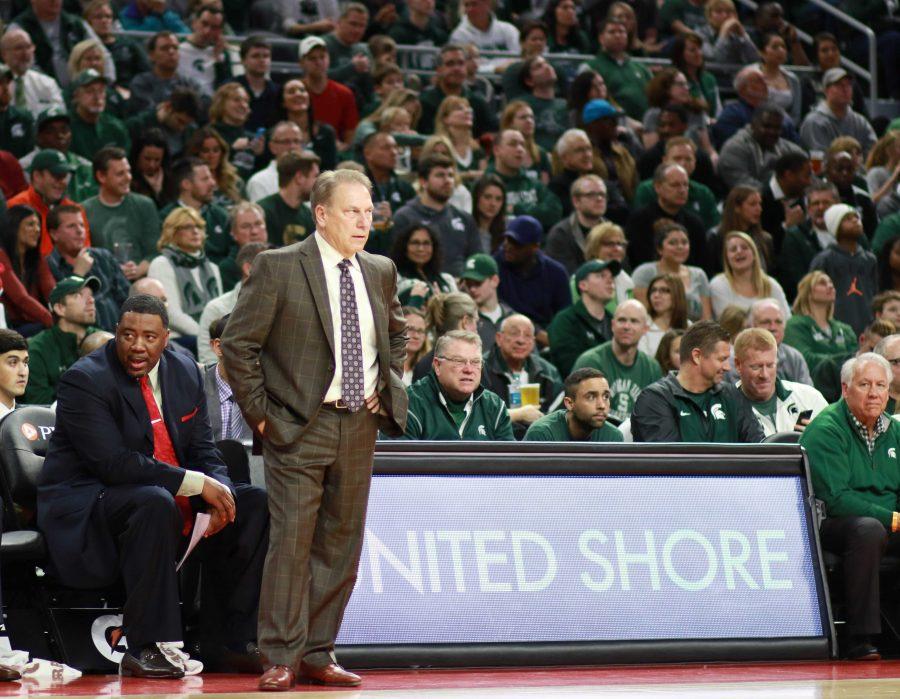 Just days after Michigan State basketball practice tipped off, the first injury of the 2016-17 season hit the newest member of the Spartans.

Graduate transfer Ben Carter, who announced he would join Michigan State in May, suffered a knee injury over the weekend. According to Michigan State, the 6-foot-9 forward will have to undergo surgery and will sit out an extended, yet unknown, period of time for the injury, which occurred when he landed awkwardly after contesting a shot.

The injury particularly hurts because Carter was coming off a torn ACL that ended his 2015-16 season at UNLV.

“I feel awful for Ben,” said MSU head coach Tom Izzo. “He had worked extremely hard on his rehab and to suffer another knee injury on a fluke play is incredibly cruel.”

The injury likely happened in the first practice or a workout over the weekend, because as late as Friday morning, Carter was expected to be game-ready by November.

“I expect them to be game ready,” Izzo said of Carter, Kenny Goins and Matt McQuaid before the first practice on Friday. “I just don’t know how ready. There are no lingering effects right now.”

This injury is a hit to the Spartans’ depth this season. Already hurting from the departure of one of the most storied senior classes in the history of the program, Izzo was expected to depend on Carter’s experience. For now, the list of experienced big men on the roster is down to senior Gavin Schilling and sophomore Goins.

Izzo’s most heralded freshman class ever will have to step up its game to combat the loss, especially high-flying forward Miles Bridges and hefty center Nick Ward. With a November schedule that includes over 13,000 miles of travel and top teams such as Duke, Kentucky and Arizona, the young players will have to grow up quickly if the Spartans want to exit the month unscathed.