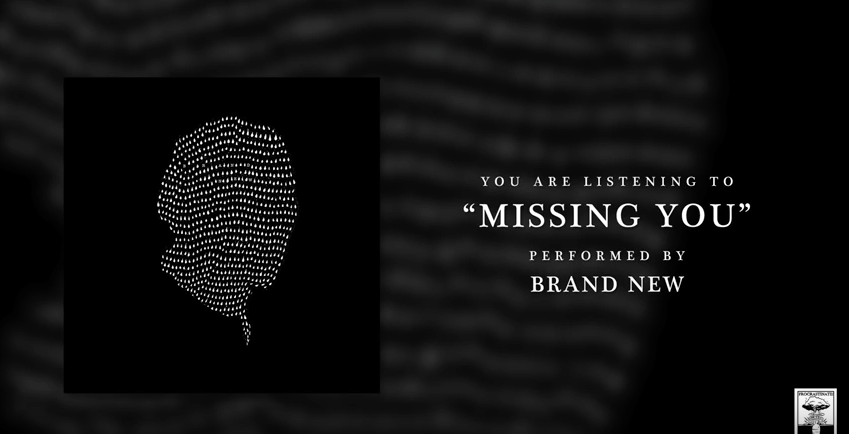 Waiting for new music is kind of like waiting for the next meal of the day. The first hunger pangs rarely feel urgent, you only want something fresh that will satisfy a certain craving. But after 12 hours, you’re devouring stale crackers and Easy Cheese like it’s mana from the heavens — a.k.a me listening to “Missing You” by Brand New.

“Missing You” is a reworked demo leaked back in 2006, just before the release of The Devil and God are Raging Inside Me. This song and two other reworked demos were released in July 2016, and I couldn’t wait to get my hands on them.

Yes, I was hyped for ten-year-old songs that had a fresh coat of paint on them. Seven years without an album does that to you.

None of this detracts from the song. With a first verse featuring palm-muted guitars and Jesse Lacey’s charismatic vocal fry, the track exudes “Deja Entendu.” It embodies Brand New’s songwriting when they were enjoying the acclaim of their sophomore album but were experimenting with what would be “Devil and God.” And that’s exactly what I needed.

“Missing You” allows me to pretend I’m experiencing the peak of Brand New’s career at an age where I can appreciate their music. It’s a much better scenario than the current one of swan song albums and rumored breakups.