We Watch It For the Music | Atlanta 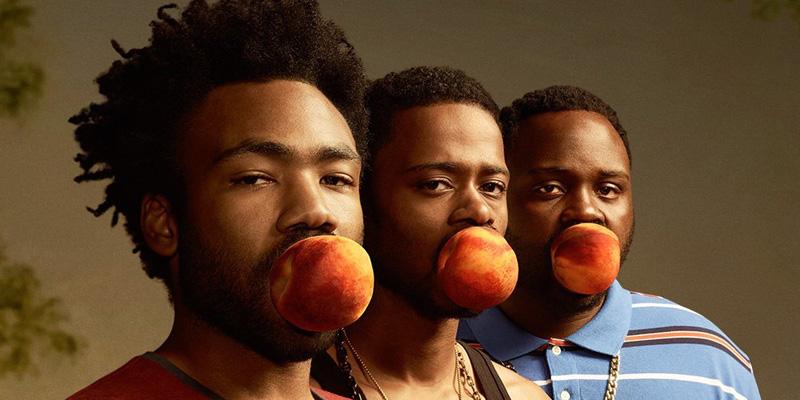 Atlanta is rapper/actor/comedian Donald Glover’s latest endeavor in the entertainment business — and he seems to have hit his stride.

Airing on FX on Tuesday nights, the new show is laden with genuine humor, distinct social commentary, and the best music for a TV program right now.

Glover’s character is Earnest Marks, a college drop-out who finds himself riding the coattails of his over night sensation cousin. Alfred “Paper Boi” Miles is an up-and-coming artist who desperately needs a manager to carry out the business side of things. Earnt quickly comes to his rescue, and within 24 hours finds himself in the middle of violent criminal activity.

Tame Impala serves the backdrop for Earn’s apparent ability to find trouble wherever he goes. The track has a sort of apathetic, gooey atmosphere and pushes that Earn has been roughing it for longer than we know.

It’s understood from early on in the show that Glover’s character is a music lover in general. Most songs on the soundtrack are actually what Earnest is listening to at any given moment. “No Hook” is a true-to-form Atlanta trap song. It’s momentous, triumphant, all that and a bag of chips. Suddenly that huge sound is put in a tin box and Earn is listening through his headphones on a quiet subway. Atlanta makes sure to remind us that the reality of the city comes from the music first. Only through the lens of this music that Glover curated for his show can we fully understand the cultures and mindset of Atlanta, GA.

Secondary character and Paper Boi’s long time friend, Darius, serves as comic relief to the nth degree. As he helps out Earn by trading up his old smartphone, all the way to a purebred Pitbull worth around $2,500, they cross paths with a Chinese gang looking to trade for their ancient sword.

As “It G Ma” blares through the walls of an old, abandoned warehouse, kids raised by the internet remember the foreign OG Maco rip-off vividly. The scene’s ridiculous context only builds on the notion that the city of Atlanta has always been subjective.

Earn wakes up after spending the night at Alfred’s crib (the one with all the weapons and various drug paraphernalia) and is facing the barrel of a gun that sits on his coffee table ever so innocently. “Space Song” flows through his earbuds as he flicks his eyes open.

This song is soothing and warm, akin to a blanket straight from the dryer. Earn’s reality is not soothing or warm. He is associating with criminals. He was kicked out his house by his baby mama. He is living paycheck to paycheck. Earn is not living luxurious enough at this point to find comfort in the trap bangers and blaring synthetic trumpets. Beach House takes him to his “happy place” as he stares death in the eyes, metaphorically and literally.

In Atlanta, distancing oneself from the noise surrounding the city is just as vital as being in the heart of it all. It’s a tug-of-war between “making it big” or “living easy.” Donald Glover has done a remarkable job making sure every track in the show is important to the context. Having the advantage of being a musician himself, Glover doesn’t take the music side of the show for granted. He has woven in familiar indie fan-favorites, native Southern hip-hop, and an oldie blues track here and there to create a palpable piece of work reflecting the city he portrays. Glover has his work cut out for him if he plans to keep this model moving, but as of right now he is changing the way music is seen in the context of television.

Atlanta airs on on FX, Tuesdays at 10pm EST