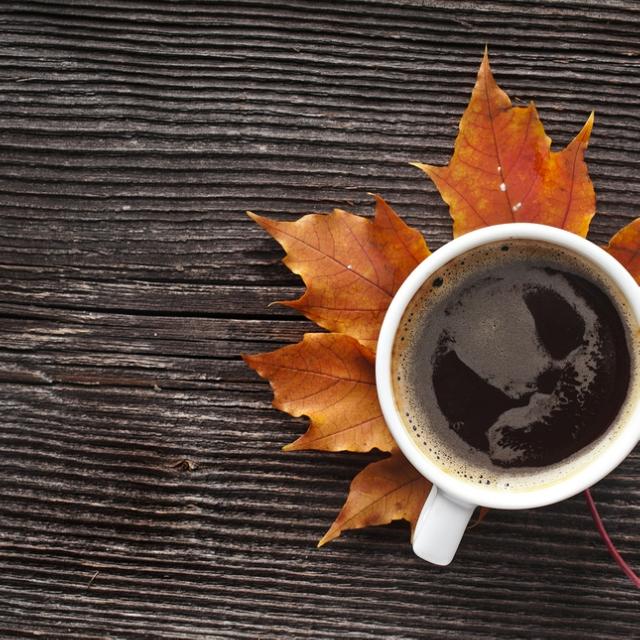 Ever since I snagged a Spotify membership my freshman year of high school, I have found an innate love of making playlists. I don’t care what the occasion is — heck, it could be for an outing just to get coffee 15 minutes away — I will proudly make a playlist for it.

In the pure spirit of the new season, along with my given name, Autumn, and love of early hours, I’ve put together a mix of 10 songs that make fall mornings a little bit cozier, even if you don’t have your favorite sweater near you. Hey, I’m the first to know that you need some form of motivation to get out of bed, right?

Coming off of their controversial 3rd album, “Just Smoke” is atypical from Mumford’s old sound. Absent of banjos but filled with a seemingly reverberating guitar riff throughout, this song is filled with the kind of emotion you feel right after seeing that first red leaf on the ground in late September — magical and more hopeful than the second before.

Honeywater, a singer-songwriter duo based out of Los Angeles, provides an acoustic and warm feel through their song “Hope.” The light melodies keep your eyes open in the morning light, but not the kind of open that you have after that first sip of (heavily) caffeinated coffee.

“Bros” is the song you need when that aforementioned cup of coffee isn’t ready for you when you walk out the door. The band, who opened for The 1975 during the North American leg of their 2016 spring tour, hails from the northern London area. The fast-paced and fun beats make the brisk walk to your 8 a.m. a not entirely dreadful one.

Some fall mornings are stormier than others, and sometimes you don’t have a pair of rain boots for when you need them the most. This Arctic Monkeys song, coming off their 4th studio album, Suck It and See, gives you that heavy percussion that you need to justify those drizzly fall morning blues.

Eerily similar to Vance Joy’s 2013 breakthrough hit, “Riptide,” “Lost/Inside Our Minds”, sung by 18-year-old John Vincent III, provides the audio equivalent of driving through the mountains on a chilled November morning. I mean, this isn’t a mountainous area, but this song is easily the second best thing.

“Blood” by The Middle East

Magic, magic, and a little more magic. The Middle East, a currently inactive indie-folk band from Australia, lets you feel all the feels you could possibly have when putting your first bootie-covered foot out the door at dawn. Jingling bells throughout remind you of the cold sunrises on days that you know will hold something out of the ordinary.

Wonderfully unexpected and fresh, Justin Vernon’s indie-folk project that is Bon Iver provides a more psychedelic sound through his newest track, “33 ‘GOD’.” The unusually heavy percussion for the band in the chorus accompanies you perfectly through any sun-blazoned morning drive, where the lively trees match the music just as well (make sure to check out his newest album, 22, A Million, out now).

“2YL” by The Front Bottoms

Biking across campus is tiring. Walking is even worse. Both of these combined are equally painful when you’re already running 15 minutes late to class. Listening to the endearingly screechy voice of Brian Sella, frontman of The Front Bottoms, combined with utterly fun jam that’s “2YL” will make that Monday morning agonies a little more justified.

Some mornings are cloudier than others, and some mornings you’d rather be anywhere than your dingy dorm room or apartment. English frontman Matty Healy lets you imagine one of the most beautiful places in the world during the most stunning time of year with a happily melodic beat, juxtaposing heavier lyrics. I have to recommend eating a croissant with your coffee while listening to this ballad helps with the whole effect, too.

“Tell me how you feel about me, do you like or like like me?” It’s an age-old question posed by indie-pop band, Miniature Tigers. The start of any school year is filled with new people and crushes, and sometimes those are the little things that make waking up that much more enjoyable — not to mention the bluntness its lyrics exuberate.