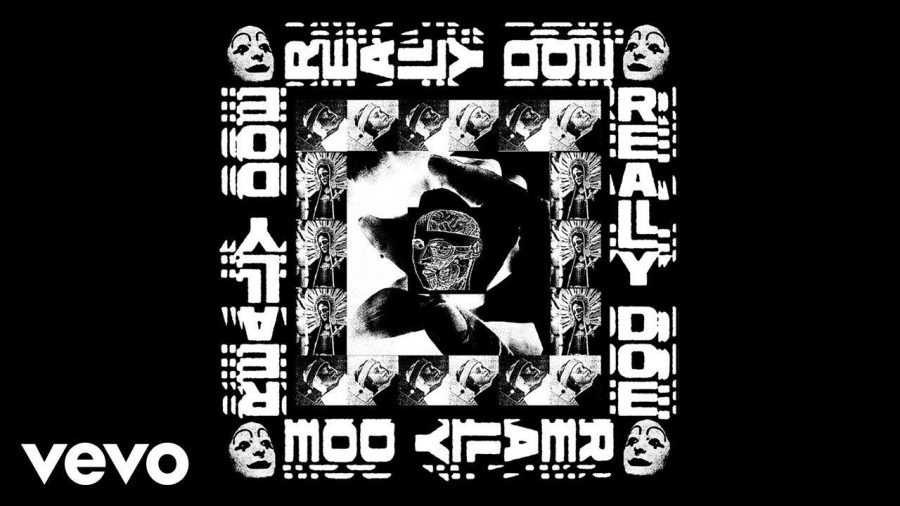 Atrocity Exhibition — known by many to be the title of a 1970s J.G. Ballard novel, or the opening track to Joy Division’s revolutionary album, Closer. Detroit’s own Danny Brown has adopted the phrase as for his fourth studio album — an appropriate choice to say the least.

“Really Doe” opens with a dark, twinkly sound that hits hard while holding that anxious, dread-inducing feel that Brown seems to be so enamored with lately. Brown puts his stamp on the track, screaming “STUNT” and spitting his vulgar, but ever-so-clever one liners.

The posse that Brown features is nothing less than the best. Kendrick Lamar floats above the devilish instrumentation for the hook. Earl Sweatshirt rips away at the track like a conveyor belt/axe torture device. Ab Soul reminds us all that he still belongs in the same game as the first two artists, spinning satanic imagery and insinuating that he never was less than the best.

Danny Brown’s tracks aren’t exactly clouded in mystery. “Really Doe” is a braggadocious hip-hop scorcher that blends post-punk and goth influences with boom-bap, vinyl-hiss, and a couple of the best rappers alive. Brown and his cohorts have squatter’s rights on the dark and twisted rap permeating the scene lately. To be frank, they don’t have a problem with everyone knowing it. As Earl matter-of-factly puts it at the end of his verse, “Why you got your couch on my Chucks?”

Atrocity Exhibition is out now on Warp Records.