We Watch It For the Music | Stranger Things 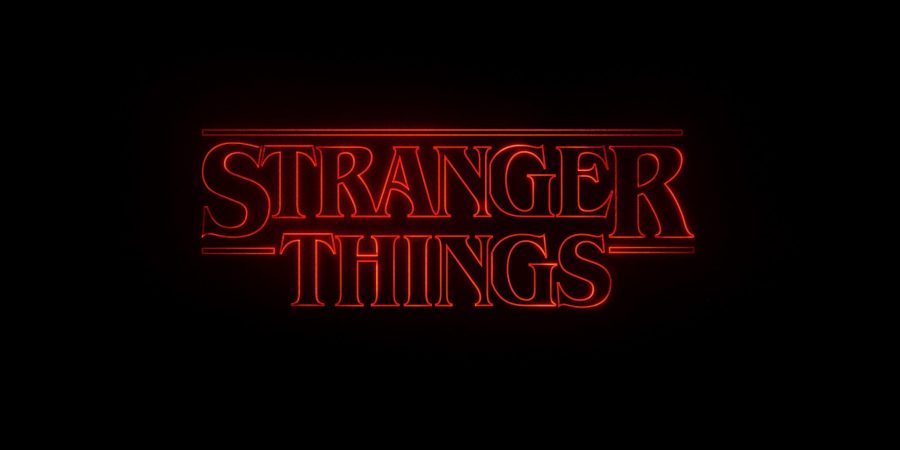 The Netflix original series, Stranger Things, has been the buzz of the internet in the last few weeks. Told in chapters, the show opens with the mysterious disappearance of Will Byers and the events that follow. Based in Hawkins, Indiana in 1983, Stranger Things features nods to E.T., The Goonies, Firestarter, and more. The soundtrack is filled with 80s legends that highlight the time period, one where sci-fi was huge and walkie talkie’s were a kids best friend.

It starts slow–a scrappy girl in a hospital gown steals a burger from a local dinner. After she’s caught, the owner feeds her and prompts for an introduction. The girl, Eleven, or El for short, is in some kind of trouble. We don’t know how much until the owner calls social services, seemingly doing the responsible thing. But when Jefferson Airplane’s “White Rabbit” comes on, it all changes. Social services knocks, at a weirdly late hour, only to shoot the owner and go after the girl, who uses telepathy to escape. Stranger things continue.

What’s a show set in the 80s without “Africa?” The song is the backdrop to a make-out scene with popular high schooler, Steve, and one of our main character’s older sister, Nancy. In a brat-pack-move, Steve scaled Nancy’s house to knock on her window, as she was on house arrest since once of her little brother’s best friend’s just turned up missing. Studying and flirting follow.

Will’s mom, Joyce, has strung up Christmas lights all over the house, believing that Will speaks to her through them. And, as an audience, we believe that too. Making a DIY light ouija board, Joyce asks Will where he is: “Right here.” What should she do? “Run.” A monster comes out of the wall.

Meanwhile, the boys and Eleven are on a hunt for Will. Eleven leads them to where she says Will is hiding: his house. Cops zoom by on the road near them and the boys follow. The sheriff pulls up to a lake where they’re dredging out Will’s body. “Please tell me it’s not the kid.” It is. Or is it?

Should I Stay Or Should I Go by The Clash

This song comes up time and time again. In a flashback, Will, our missing boy, bonds with his brother over it. As their deadbeat dad argues with their mom, the boys jam to the classic as his brother, Jonathan, explains that if their dad doesn’t care enough to do the things Will likes with him (Dungeons and Dragons, horror movies, and science) rather than sports and hunting, then he shouldn’t care about him. But The Clash? Will loves The Clash. And this is vital. Because, as Will is stuck in some weird-other-dimension we dub The Upside Down, we hear his voice whisper the song over the radio, proving the body they found is a fake. Cue The X-Files theme song.

Sunglasses At Night by Corey Hart

Nancy and Jonathan come to the realization that the monster Joyce talks about is real when Nancy goes into The Upside Down. She does this during a monster-hunting-session, looking for yet another missing kid, her best friend Barb. Distraught at the realization her best friend and Jonathan’s brothers are in such a horrible place with such a horrible thing, Jonathan consoles Nancy. They sit close on her bed as he drapes a blanket over her. But Steve is still pullin’ those brat-pack-moves and he spies on them through the window with “Sunglasses At Night” as the backdrop to his stalker-esque ascent.

Let’s fast forward to the end. I’ll spare you all the gory details. It’s Christmas time. Will is safe at home. Eleven, assumed dead, is missed dearly by the boys. They all play a game of Dungeons and Dragons and then head home, safe, for dinner with their families.

Except it’s not all as perfect as it seems: The sheriff is leaving eggo waffles, El’s favorite food, in the woods. Will is coughing up black-slugs that appear to be from The Upside Down, but pretending everything is fine. Stranger Things will continue next season.