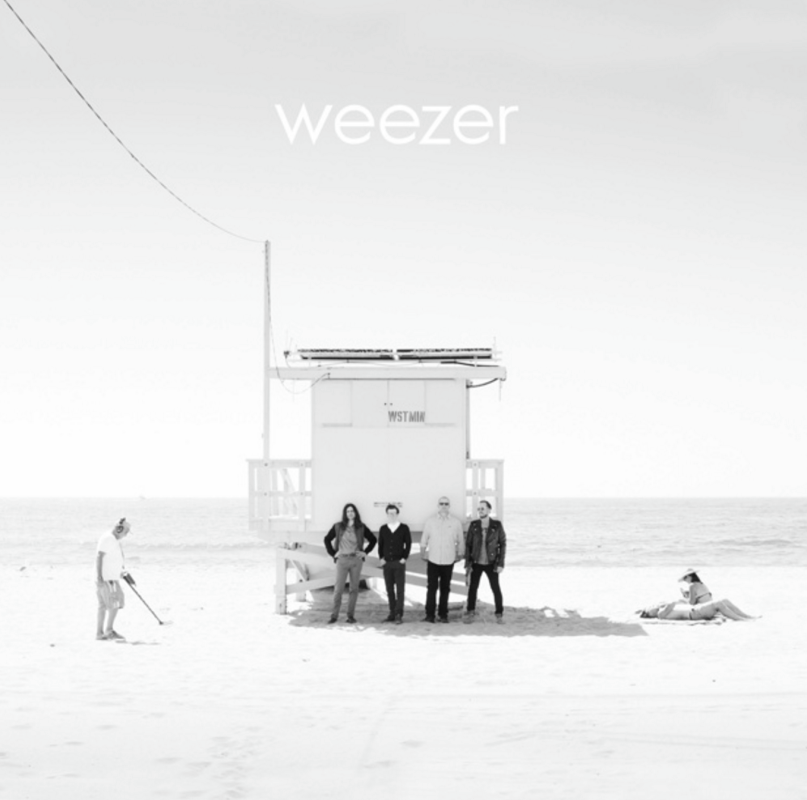 With their first concept album since Pinkerton, Weezer produced the the White Album, promising fans that maybe the era of colored, self-titled LPs might not be over. If the symbolic meaning of the color “white” has any indication of the band’s future, the White Album is a rebirth that could lead the band into a new sound.

Though the album nods to elements used in previous tracks-for example: the collection of notes in the beginning of “California Kids” is reminiscent to those of Pinkerton’s “Pink Triangle- it’s clear that this sun-tan lotion soaked production is something completely different. The mostly upbeat, alt-pop sound of the 2016 release is drastically different than the band’s first self-titled(blue) album, which was produced in 1994. The white album’s fifth track, “Do You Wanna Get High”, being the exception with its screeching guitar intro, which sounds like it could be the subsequent track to “Say It Ain’t So”.

One thing that remains consistent throughout Weezer’s discography is, front-man, Rivers Cuomo’s “everything stays, scrap nothing” lyrical process. But, it’s safe to say that the lyrics from the white album are in a league of their own. Pitchfork says, “The White album also boasts the most bats**t lyrical word bank of any Weezer album to date, and bear in mind that the last record had songs about Paul Revere and the resurrection of ancient Egyptian monarchs.” It just wouldn’t be a Weezer album without a ridiculous amount of allusions and brain-burning images.

Despite the pop-y sound to the majority of the album, the concluding tracks don’t bother to hide their sadness. The second to last song, and my personal favorite, “Jacked Up” uses Cuomo’s falsetto and a pulsing bordello piano to convey the anticipation of regretting a one-night stand. The closing track, “Endless Bummer”, encompeses the title’s message in typical Weezer fashion: Cuomo waxing on about fading passion and unconquerable OCD while acoustic guitars play softly in the background.

Tracks like “Thank God for Girls” and “King of the World” contradict Cuomo’s typically meek stage presence, but show that after 20 years, this dorky bunch might be getting some confidence. Through seamless song transitions and nostalgic background elements, an album like this proves that Weezer is still one of the most influential bands to emerge from the post-grunge alt-rock aftermath. Though they may not sound the same as blue album Weezer, the band has definitely gone back to it’s roots with the white album.