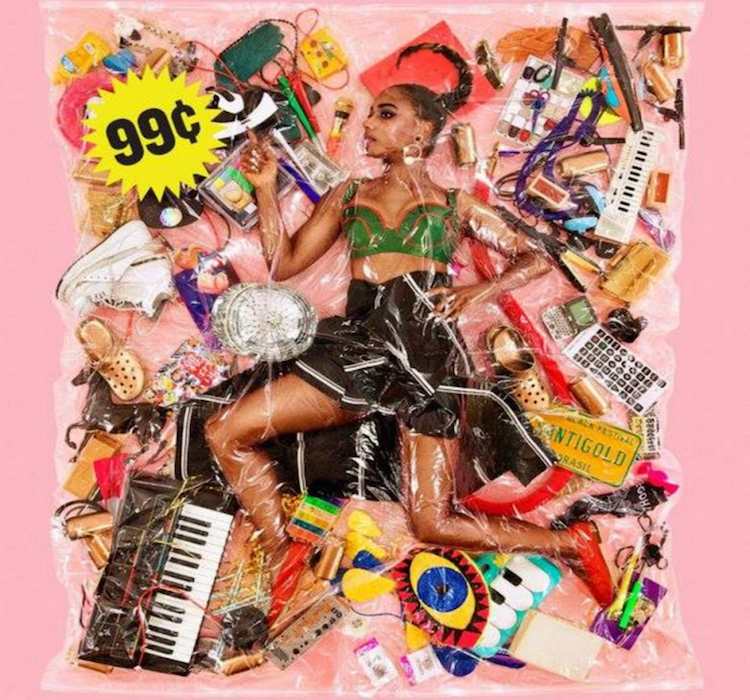 Releasing a political album can be just what the people want, that is, only when it reaches certain standards. Such standards that Santigold, arguably and  roughly met.

“We have no illusion that we don’t live in this world where everything is packaged. People’s lives, persona, everything, is deliberate and mediated,” said the artist on the topic of her anticipated album.

The artist even redid her website to go along with her important message. It opens with a youtube video spin off of an infomercial disclaiming how her album helps say good-bye to insecurities. The entire website has pop-up ads and links relating to certain tracks off of 99 Cents. Yet, is the disclaimer clear enough or does the product get lost in the mail?

99 Cents begins with three energizing tracks. The first of has become the most well known, “Can’t Get Enough of Myself.” The easy-going track sets a light-weight tone, is followed by an empowering, bad-girl sound by the name of “Big Boss Big Time Business.”

Like the first two, “Banshee” is complete with girlish background singers and an intense beat. Then, out of the shadows comes, “Chasing Shadows,” a track that changes the speed of the album to a well needed, relaxed beat. This pace remains consistent with two interruptions of familiar 80s beats and one more track, “All I Got,” that has more of an upbeat pace.

While the upbeat songs can be fun at first, they can get slightly overwhelming. Perhaps that was Santigold’s point. Possibly, the purpose was suppose to portray how keeping one’s positive image can be exhausting and repetitive, just as her lyrics were.

The album’s more relaxed tracks like “Walking In A Circle,” “Before The Fire,” “Outside the War” and “Run the Races” were more appealing to the ear. “Who Be Lovin Me” is a chill rap that accompanies the upcoming rapper ILOVEMAKONNEN. It should be interesting to see whether fans find the track appealing to their ears. With the help of many notable artists, Santigold made a serious effort at portraying her message but at what price?