In Case You Missed It | The Lookouts 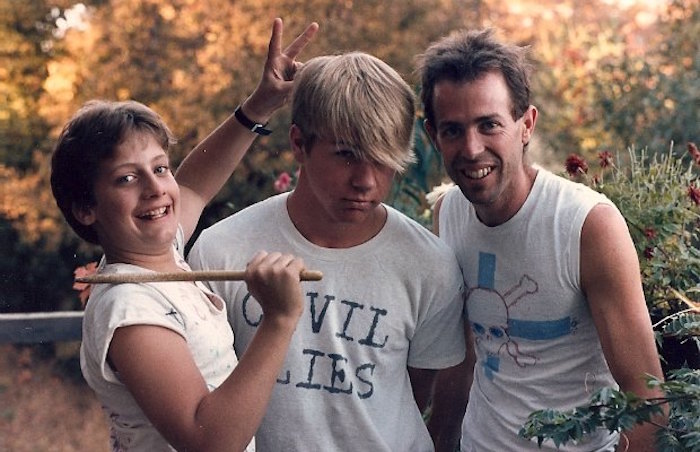 Imagine a remote community on some mountain in Northern California. This place is just as boring as that town from Footloose without Kevin Bacon. As you can probably guess, there is not much of a music scene in this town. Until one Larry Livermore started a punk-rock band called The Lookouts. Now, the The Lookouts weren’t particularly popular, but they were part of the beginning of an era in American punk.

When Larry was in his late twenties, he looked for potential band members. The only musicians around were 14-year-old Kain Hanschke and 12-year-old Frank Edwin Wright. Kain became the bassist and Frank became the drummer. They jammed when they didn’t have work or school and turned a fondness for making noise into raw punk-rock.

Now a certifiably “real” band, they came up with stage names. Kain became Kain Kong and Frank, whose nickname was Tre, became Tre Cool — sound familiar? For their fourth album, Livermore brought his friend Billie Joe Armstrong to play guitar alongside him — sound even more familiar? So in turn, when Armstrong’s band Green Day needed a drummer, Tre Cool agreed to help out. Green Day eventually became more and more famous, leading Tre had to spend time with Green Day and leave The Lookouts behind.

So The Lookouts faded away. The original members followed different paths. Tre Cool  was inducted into the Hall of Fame with Green Day, but surely never forgot his first band at the age of 12.

This just goes to show that great things can come from small places, and if you have dreams of playing giant stages and large crowds, get out there and start jamming with whomever you can find.