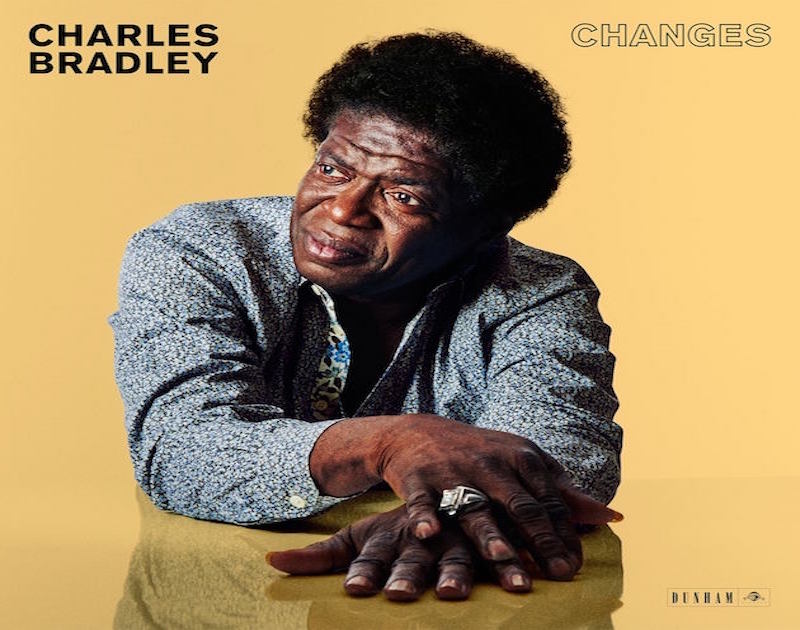 In a spoken word intro on opening track “God Bless America,” Charles Bradley describes himself as a man who “came from the hard licks of life,” strengthened by all the pain he has endured. Nothing could be truer for the singer, who traveled a long and arduous way from the city streets to the studio. At the ripe old age of 67, success has come late, but sweet for Bradley. Changes arrives as his third full-length album, emblematic of the major turnarounds in his life.

Because of his uncanny resemblance to James Brown in both looks and voice, Bradley got his start in the industry by doing professional Brown impressions. The influence of years of playacting is ever-present; screams, grunts, aahs, and oohs dot almost every song on the album. Yet, Bradley never falls into the trap of mere imitation. He acts as the modern ambassador for Brown’s sound giving it new energy, making the funk fresher than before. Bradley’s voice is a gritty aged instrument, full of passion and agony from years of struggle. In the album’s most intense moments, you feel every bit of Bradley’s emotions.

Whether it’s love in “Nobody But You,” religion in  “Ain’t It a Sin,” or the general perils of life in “Good To Be Back Home,” every song recounts conflict. The most powerful song on the album is the title track, a cover of a Black Sabbath piano ballad. Bradley brings extreme sorrow and fervor to his performance, outdoing Ozzy by a mile and claiming the song for this own. “Changes” is the centerpiece of the album, showcasing some of the biggest trials of Bradley’s life thus far.

The instrumentation on Changes is reminiscent of 1950s funk bands with swelling brass sections, deep bass and echoing drums. The producers also add a modern twist by including synthesizers and electric guitars. The arrangements provide full, rich backdrops for Bradley to wax poetic over.

Unfortunately, the album suffers from too similar of a sound throughout. After the first half of the album, the novelty wears off and you wish for more range in the musical style. The gimmicks Bradley sometimes sticks in throughout like spoken word, call-and-response and background doo-wop choirs are not enough to distract from a feeling of monotony near the end of the album.

Despite the repetition, what Bradley does manage to achieve with the musicality of the album is quite remarkable. Ever since his initial success, Bradley has been one of the key players in the revival of old-fashioned soul, along with Aloe Blacc and Leon Bridges. The music is rooted in the funk and soul of the past, but the aesthetic remains progressive. Bradley is not so much interested in just copying the music of the past as he is with bringing it into the future. Changes is certainly nostalgic, but it is not anachronistic. You hear glimpses the funk of James Brown and the ardent soul of Otis Redding, but overall, you hear the modern-day stories of Charles Bradley.

Changes showcases the growth of a truly unique artist, a war-torn citizen of the world casting his experiences out for all to hear.