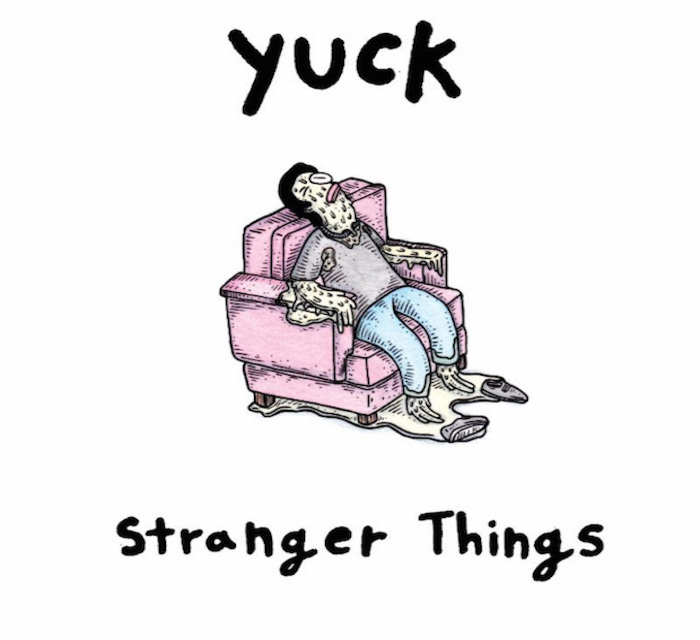 The evolution of Yuck’s sound has shifted from fuzz-caked vocals to dream-pop alt-rock and everything in between. On their recently released LP, Stranger Things, the quartet adopts a 90s influenced lo-fi sound with chunky guitar riffs and distorted vocals. Because the album is a compilation of different sounds, there’s that perfect lack of cohesiveness that makes the album sound completely…Yuck-y.

The album’s two singles keep with that same lo-fi sound that’s present throughout the majority of Stranger Things. “Hold Me Closer” and “Cannonball” combine Mariko Doi’s fuzzy bass with Max Bloom’s far away vocals to bring a pair of disheveled tunes that are instantly cool, but without trying too hard.

The loudness to these two tracks is juxtaposed by the softness of “As I Walk Away” and “Down,” two of the album’s lighter tracks. New territory for Yuck, these songs feature fragile harmonies that are surrounded by Bloom’s glowing guitar.

At the intersection of both sounds, concluding track “Yr Face” touches on a shoegazey vibe with distorted guitars and obscured vocals. The song closes with a grungy guitar solo and a gauzy melody that brings the album to a sublime conclusion.